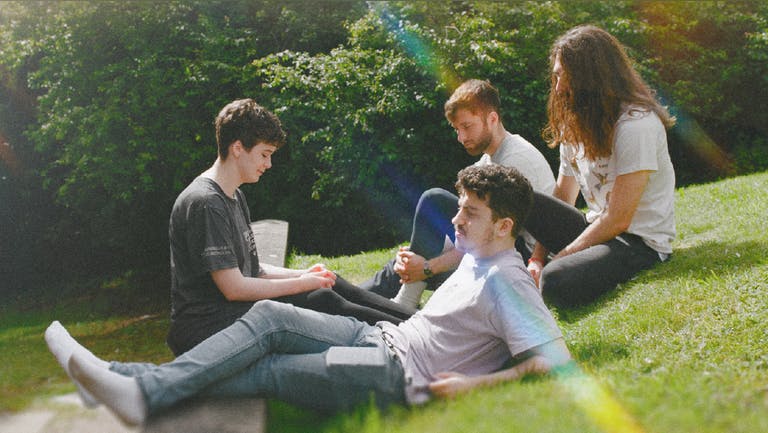 Low Girl is the work of multi-instrumentalist Sarah Cosgrove and her bandmates Toby, Tom and Brad. Described by DIY Magazine as “a peppy new pop talent”, the band released debut EP ‘Big Now’ in May 2021 and haven’t looked back since. The EP was preceded by the release of the title track, which picked up support from BBC Radio 1, Radio X and was playlisted on BBC 6Music, as well as strong support from DIY, The Line of Best Fit and Spotify to name just a few.

A debut, sold out London headline show at The Lexington and support slots with Dream Wife and The Murder Capital have cemented the live sound of a band coming of age and in January, Low Girl set to release their sophomore EP entitled ‘So Cool’. The title single is another irresistible piece of alt-pop, with continuing the themes found across her debut EP, feelings of loneliness, self-worth, mental health and the constant trials and struggles of finding one’s identity growing up. Of ‘So Cool’, Low Girl explains…

“There was a girl I liked who really knew how to switch it on and off, flirting and then recoiling. I’d end up feeling pretty disorientated, trying to maintain some sense of composure and resolve but failing miserably. I knew none of it was good for me, but my tendency to be self-destructive made it inevitable.”

Citing artists ranging from Brockhampton to The Beatles, to King Gizzard & The Lizard Wizard, King Princess and Phoebe Bridgers as inspiration, the breadth of Low Girls’ influences are clear to hear but never detracts from her own unique identity and innate song writing ability. 2022 could just well be their year…

Keep Up To Date With Low Girl: