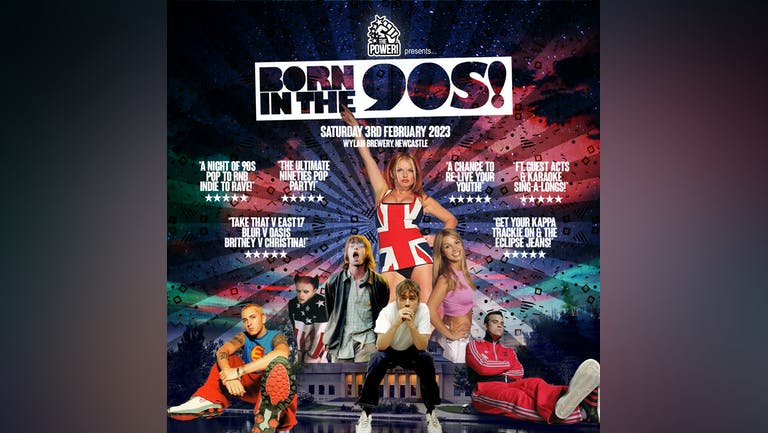 After all these years of banging our Power Ballads from the 80s and 90s, and listening to your calls for a straight up 80s or 90s night, we've finally heard your cries and now ready to tear up Wylam Brewery with a night of 90s bangers!

A night to take you back in time 30 years to when there was pop band battles, RnB was east coast vs west coast, it was indie vs britpop and dance music flooded the airwaves!
Expect to be taken back to the big nightclubs of your youth, wether it be hand in the air moments on the revolving dance floor at the Tuxedo, cheesy nights at Baja or RnB vibes at Julies... Its time to get your 90s wavy garms back out the closet, put your Eclipse jeans and Kappa Trackie on and flashback to some nostalgic musical moments!