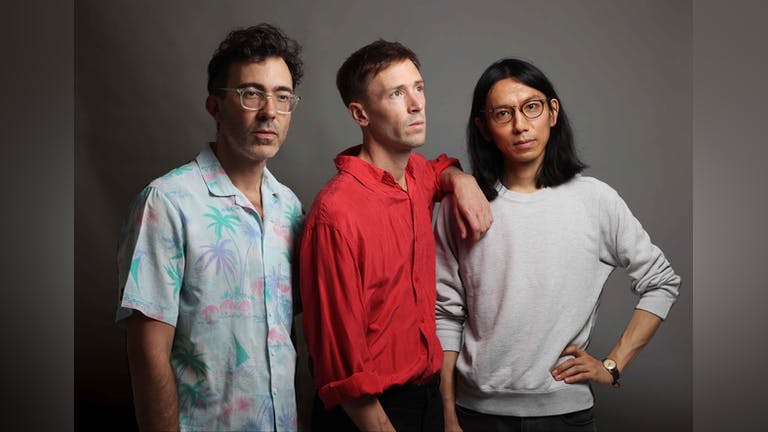 “Teleman stand alongside Metronomy, Field Music and Dutch Uncles in the smart pop ranks, yet sound unlike any of them.” - Uncut

A tree may lose its leaves but will continue to grow. For Teleman, the band’s fourth album Good Time / Hard Time is their first as a trio and sees them evolve as a force of nature as they navigate new beginnings despite a wealth of experience behind them. Music and lyrical stream of consciousness entwined, the album makes sense of a world in chaos and its words of wisdom are a vital reminder that even when things seem heavy, life is precious.

“Nature can teach us so much about patience and how you can’t control everything - you just have to let things happen as it intends… it’s great therapy,” tells the band’s singer and guitarist, Thomas Sanders whose garden-dwelling and park strolls to the studio have inevitably wormed their way into Teleman’s songwriting. “I was reading about forests and how trees help each other, they don’t survive on their own, they grow together… as a band we’ve now grown into each other as a triangle shape after having been a square for so long.”

With classic Teleman style, Good Time / Hard Time is their most dancefloor-friendly record to date. Following the departure of the band’s long-time keyboard player Jonny Sanders to focus on his film and design work, Peter Cattermoul now leads on keyboard duties and Hiro Amamiya slides seamlessly between drum machine, live drums and even the odd keyboard solo as it captures the bounce of choice cuts from their own DJ sets such as Metronomy or the classic disco of Boney M, Giorgio Moroder, early house music and 80s vibes - all the while doused in their trademark blend of uplifting melancholy. “You’ve got to experience the hard times to appreciate the good times in life,” Tom explains. “Most of the songs are about universal things everyone can relate to, the small and simple details about difficult connections and overcoming them.”

The first taste of the new album ‘Short Life’ offers its own wake-up call to live every moment before it’s gone forever (“Look out the window, there’s Jesus standing there, take a picture, share it online, what’s on the TV? It's a short life.”)

Sanders explains; “This song is an affirmation that life is priceless and precious even though things can seem heavy. I often get lost for days and weeks in a really low place where I’m just waiting to come out the other side. In these depressive moments it helps to remind myself that it’s a short life- days are limited so lets snap out of it!”

The video, made by brother and ex bandmate Jonny Sanders (aka Prehuman), follows Tom on a beautiful October afternoon, driving out into the Essex countryside armed with an action cam. “The analogy of a car journey also neatly captured the way we are rushing through our own short lives.”

Growing together, nurturing partnerships, and leaning on each other, for Teleman, mutual respect is something which has grown stronger with each passing year; whilst flavours of the month will come and go, this is a band whose relationship with their label has stood the test of time throughout their whole nine years.