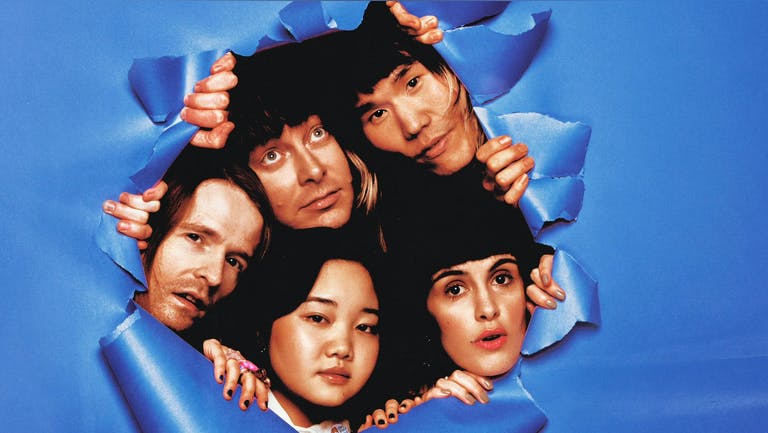 Quirky art pop outfit Superorganism are bringing their kaleidoscopic riot of sound and visuals to Gorilla on 20 September 2022.

When the first Superorganism music surfaced in 2017, the group’s in-your-face aesthetic — a post-everything mishmash of psychedelic indie pop and fizzy, funky electronica — quickly began to resonate with the likes of Frank Ocean, Vampire Weekend, Jehnny Beth and Gorillaz as well as finding them legions of fans across the world.

Today, Superorganism announce their eagerly awaited return with news of their second album; entitled World Wide Pop and due for release on July 15th, it is their first new music since 2018’s self-titled debut.

Superorganism have mutated and are now based around the core of Orono, Harry, Tucan, B and Soul but World Wide Pop also brings in an international set of collaborators including Stephen Malkmus, CHAI, Pi Ja Ma, Dylan Cartlidge as well as legendary musician and actor Gen Hoshino.