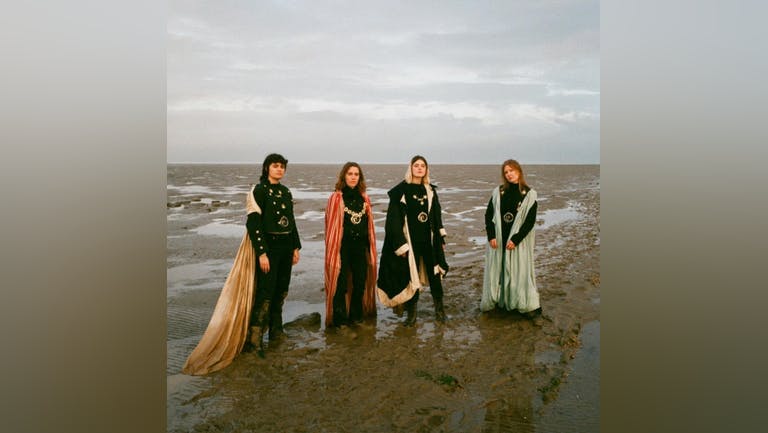 By Base Camp - Gigs

For those of you who don’t know them yet, it’s quite hard to think of one word that perfectly pinpoints what WOOM do. Choir almost does the job, but despite being almost-acapella, it doesn’t fully characterise their magic. Lets just say for now: together as WOOM, Gray, Izzy, Lara and Alice are four voices. The four-part concept-choir have already amassed a passionate cult fanbase, including past touring partners like King Krule, Whitney and The Big Moon who re-envisage songs in way that is at the same time new and familiar, delicate yet powerful. Their notoriety as a completely immersive, near-transcendental experience is fast becoming the stuff of indie folklore.

Their lush, harmony-laden vocal re-interpretations of songs by Frank Ocean, Angel Olsen & OutKast, amongst others, have become a WOOM calling card. They re-envisage in way that is at the same time new and familiar, delicate yet powerful. Comprising something of a supergroup of southeast London luminaries, WOOM includes members of Babeheaven, Arlo Day, Teeth Machine, Hester, Thidius and Jerkcurb.

Woom come to the North East from a summer of festivals including Glastonbury, Norfolk & Norwich & The Great Escape.