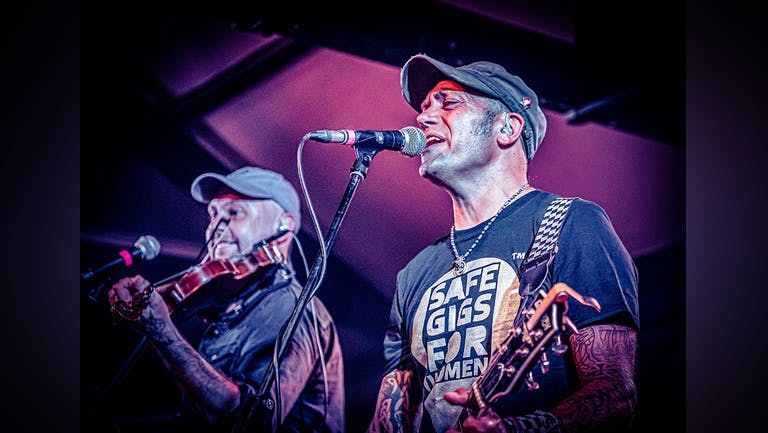 More than a band, they are a family. “To listen to the Ferocious Dog as it snarls and growls at the world is to show responsibility,” said a Louder Than War review of their brilliant, recently released and Fake News And Propaganda album, but this is an outfit that shows compassion too.

A band that does drives for foodbanks – not for headlines, but because it was the right thing to do – a band that welcomes Hunt Sabs and conservationists Sea Shepherd to their shows, but a band where none of that really matters.

No, here the feeling is important. Ferocious Dog is the group where fans are tattooed in the shop belonging to the lead singer, Ken Bonsall, where the violinist and bandleader, Dan Booth prints the posters. They can wow a punk festival one minute, a folk festival the next – and fit right in anywhere.

Cara Means Friend is the original and acoustic sounds of Cara. This songbird has been making music in festival fields and venues for the best part of her life. Also known as main vocalist for UK Dub pioneers Zion Train. With hints of Ska/Reggae/Hip-Hop/Folk & Punk, Cara brings her acoustic guitar with a big heart and a big voice to share her bitter/sweet rhetoric on an ever changing world.