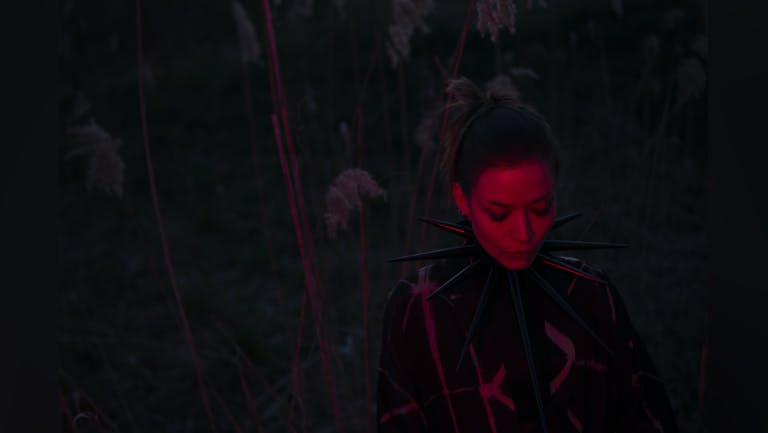 Since 2014, Zanias has existed as the unrepentant creative venture of Alison Lewis, born in Australia, raised in Southeast Asia, and also known for her vocal work with Linea Aspera, Keluar and a record shelf’s worth of collaborations with the likes of Black Rain, Ancient Methods, Dax J and I Hate Models. As the sole custodian of Fleisch Records she spent many years attuning herself to Berlin dancefloors through the timely collision of techno and electronic body music, but her true passion is for understanding the modality of emotions through songwriting. Sound is her psycho-spiritual catharsis, expressed through an intense and
ethereal vocal performance, evocative melodies and heavy rhythmic components. With dark synth sounds at the fore, a pop sensibility commands the structure or her work, while authenticity and vulnerability subsume the core.