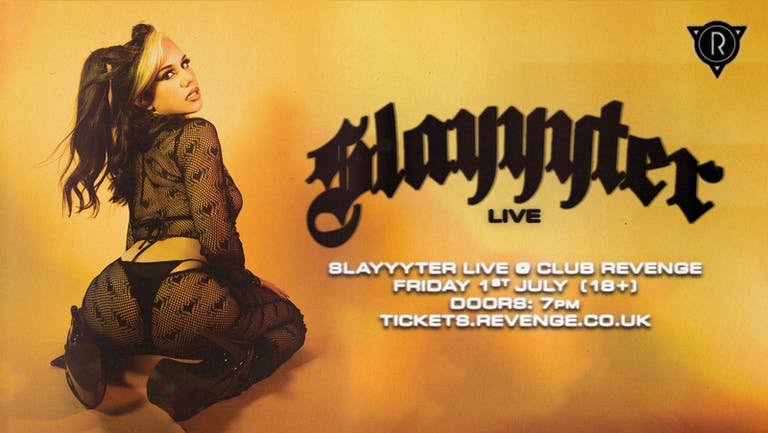 Oh me, oh my... SLAYYYTER is coming to Revenge!

Slayyyter has the audacity and then some.  Growing up in the suburbs of St. Louis, Slayyyter worshipped pop culture from afar, a devout acolyte of such top 40 stalwarts as Britney Spears and Lady Gaga. After dropping out of college, she began to record music in her bedroom as Slayyyter.

Months before the release of her debut project, she had already sold out her first headlining tour without having even performed live before. Following the release of her acclaimed self- titled debut mixtape, Slayyyter featured alongside Kim Petras on Charli XCX’s “Click (No Boys Remix).” Her ferocious return to 2022 signals the dawning of a new era for the self-made popstar, one who isn’t afraid to raise some hell.

Slayyyter will be performing LIVE at Club Revenge, performing all of her biggest hits such as 'Mine', 'Daddy AF'. 'Hello Kitty' & more.