This event has already happened! Click here to see upcoming events from The Whiskey Jar 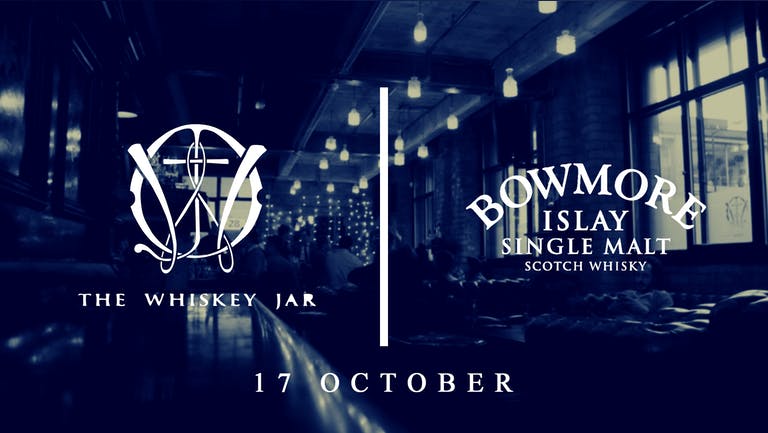 An Evening with Bowmore - The Whiskey Jar Tastings #4

An Evening with Bowmore - The Whiskey Jar Tastings #4

Come and join us for our third intimate tasting with Mike Green from Edrington-Beam Suntory UK. This time around, we are hosting Bowmore for what will be a very personal with a combination of their core range but also some limited releases.

Bowmore was the first of Islay's distilleries to receive a licence, springing fully-formed into official existence in 1779. It is likely that the founder of the distillery, one William Simson, had been been distilling in Bowmore since shortly after his arrival in 1766,at a time when Daniel Campbell the Younger (the laird of the island) was expanding the village into the island's capital.

The River Laggan journeys many miles through Islay, cutting its course through ferrous rocks, peat bog, moss and grassy mound, ‘til it finds itself at the Western harbour town of Bowmore, Islay’s capital. The distillery produces some two million litres annually and adheres to strict traditions; production methods have scarcely changed in two centuries.

As with our previous tastings, Mike Green, who is the 'Senior Whisky Specialist' for Edrington-Beam Suntory, will be leading the session. He is, arguably, one of the most knowledgeable people you could ever want to talk to whisky about.

On the night, expect:

• A private tasting including 5 drams of whisky

• A cocktail on arrival

• Discounted whisky before, during and after the event

Throughout the night and also all of October, we will have Bowmore 12 as our Malt of the Moment so will be heavily discounted down to £3.20, as well as special cocktails.

This is our fourth of 5 monthly tastings; the last one being Laphroaig in November. Keep an eye out for us releasing more information for the final tasting. Please note that the tasting has a strict starting time of 6pm, previous events have started late due to us waiting for people who are running late. Tickets are non-refundable.