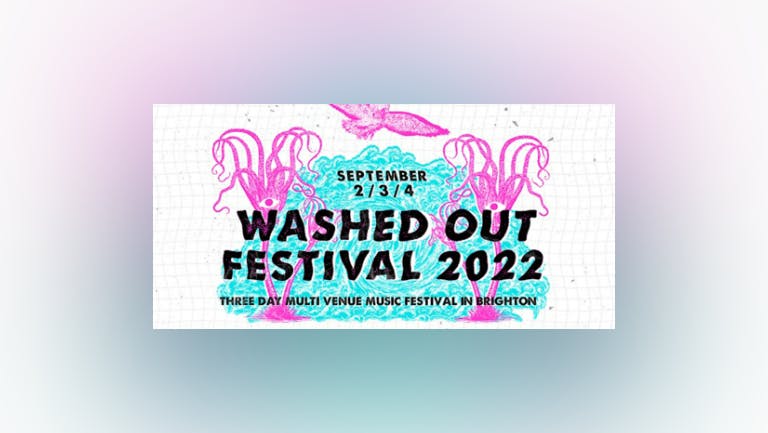 With roots in the Brighton DIY community, Washed Out has grown into the biggest rock / punk festival in the South of England at 3000 capacity and boasting some of the most exciting artists around today.

Washed Out has joined forces with national promoters New Cross Live for the 2022 event, which takes place across a selection of the city’s best underground venues and bars, ranging from 100 to 900 capacity, including: Chalk, Patterns, Wagner Hall, North Laine Brewhouse, The Hope & Ruin, Komedia, The Prince Albert, Latest Music Bar, with more to be announced.