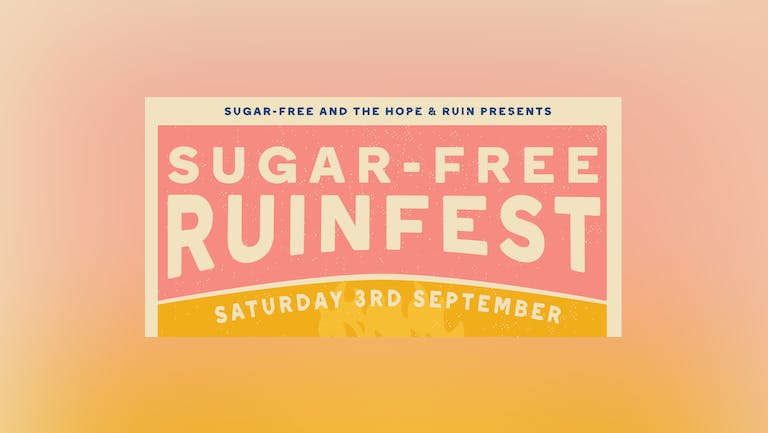 SUGAR-FREE RUINFEST
Ruinfest is a series of events where The Hope & Ruin team up with local promoters to bring a mini-festival to the venue supported by Arts Council England. Each event brings a different genre of music as well as creative workshops and DJs spread over one day.

This time we've teamed up with Sugar-Free Records to bring one hell of a tasty line up. First wave of bands is out now & tickets are on sale now.

Alcopop Records legends Johnny Foreigner play their first show in Brighton since 2016! Hailing from the streets of Birmingham, England, where the trio first honed its blend of noisy co-ed vocals and rambunctious, syncopated chord structures in 2005. Their back and headlining the bloody Hope and Ruin mate.... nooiiiice.

Fresh from a run of coveted support slots with JOHN and Saint Agnes, Brighton-based feminist electro punk trio CLT DRP grace the stage of The Hope & Ruin for the first time in years as a special appearance at ruinfest.