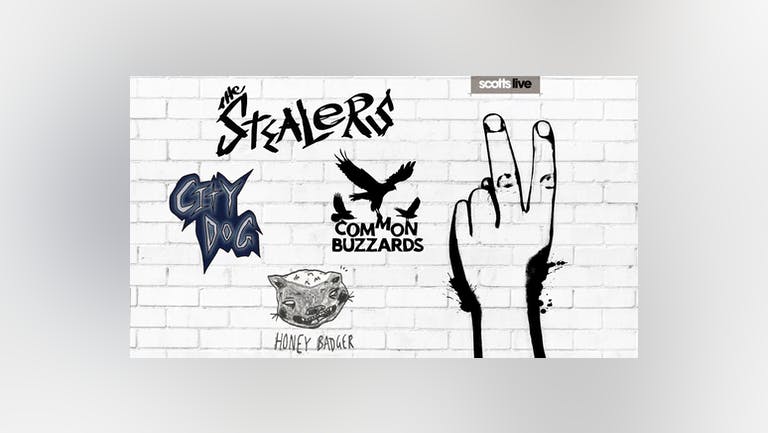 The Stealers are a fully independent 4-piece Post Punk band hailing from Brighton, England, and are described by fans and critics as fresh, fiery and melodic. Their music infuses shouty, booming, British vocals with modern rock instrumentals which creates a truly unique and new listening experience. Their ethos challenges the monotony of modern popular music and is backed up by their passion for performing live, showcasing the young talent of the members who have been playing at venues in their home of Brighton to Birmingham and London.

Common Buzzards
Common Buzzards are a British Alternative Rock band, hailing from Burgess Hill, Horsham and Hartfield, formed in 2019. Their sound gives a firm nod to classic 90's Britpop and Indie with a modern twist and infectious energy. Their music is primarily influenced by the Arctic Monkeys, Biffy Clyro and the Electric Light Orchestra.

Original material played with passion for the love of music. Influenced by Nirvana, Arctic Monkeys, White Stripes and QOTSA.