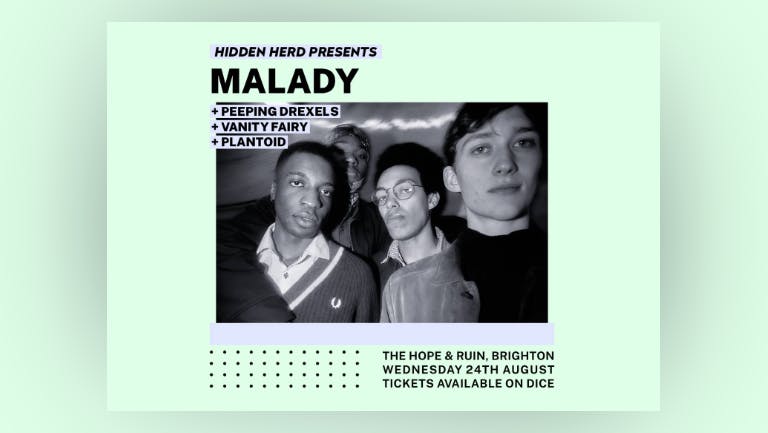 Concocting quite the reputation in the capital and beyond with their captivating live shows, the London quartet have already carved their place amongst the emerging indie elite, with widespread praise across the press landscape (Stereogum, NME, So Young, DIY, Dork, Clash, Gigwise) and multiple spins on the BBC Radio 1/BBC 6 Music airwaves.

With support from the likes of Steve Lamacq, DIY, So Young and Clash among others, London-based band Peeping Drexels released their exciting new single ‘SKuNK’ earlier this year via Brace Yourself Records. Considered one of the hidden gems in an area rife with musical talent, they have already built a cult following in the South London scene and have shared stages with the likes of Shame, Goat Girl and Public Practice.


PLANTOID
Plantoid are an experimental quartet blending psychedelia and jazz fusion to craft otherworldly sonic voyages. Firm favourites on the Brighton scene, the band appeared at The Great Escape Festival earlier this year and have shared stages with the likes of Squid, PVA and Death Valley Girls.