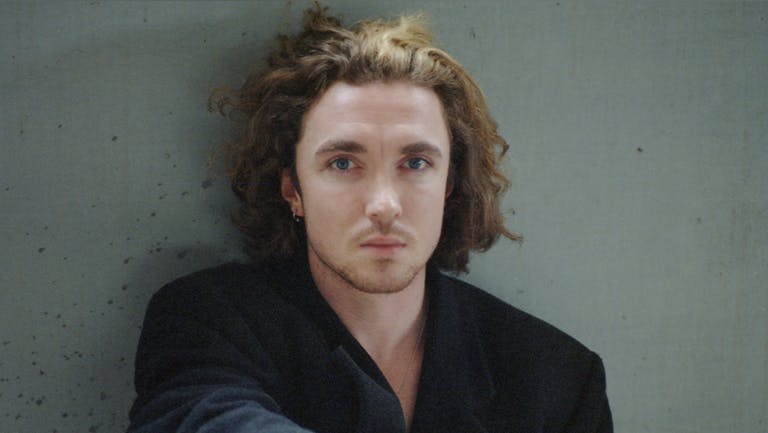 The mercurial, forward thinking artist releases new single Peter O’Toole’s Drinking Stories. It's taken from his forthcoming album, which will be released later this year to coincide with a headline tour across the UK, Europe and Ireland from October.

Singer-storyteller Keenan has spent the majority of the last decade growing up on the road, drawing from primary source experiences and a vivid imagination. As a teenager, he left Ireland for Liverpool, following the myth and music of The La's frontman Lee Mavers. Keenan busked and lived on couches, documenting the street people while honing his craft, looking for his hero and discovering himself in the process. With one eye always on the Elsewhere, he carries the idiosyncratic nature of the Irish writer and character observer with some aplomb, having been raised in and around the estates of his hometown of Dundalk on the Irish border.

Growing in confidence on stage and in his prose - the microphone and typewriter his compass and sextant - this young adventurer was on a constant search for material to absorb into an ever growing body of work. Seeds were sown for his forthcoming album in Paris last year, when he was invited to be artist in residence in the Centre Culturel Irlandais. Drawing from all that the city had to offer, poems flowed as did the songs. Through these new words and music, some hard questions of what's been and what's still to come were raised, as the young artist attempted to address them in the safety and solitude of song.

Peter O Toole's Drinking Stories is the first tale in the next chapter from this exciting songwriter, growing in confidence, stretching boundaries and embracing new sounds, assuredly delivered in his narrative drawl. His forthcoming second album is a deft but noticeable step up from his debut, fulfilling his promise, and then some.  He’s just released a book of poetry too. More on both of those things very soon.

David Keenan is an artist unafraid to offer up his dealings with the human condition for all to see and hear. Sometimes self-deprecating, sometimes darkly-humoured, always intentional, you get the sense that a veil has been lifted and there's a beautiful truth about to be exposed.