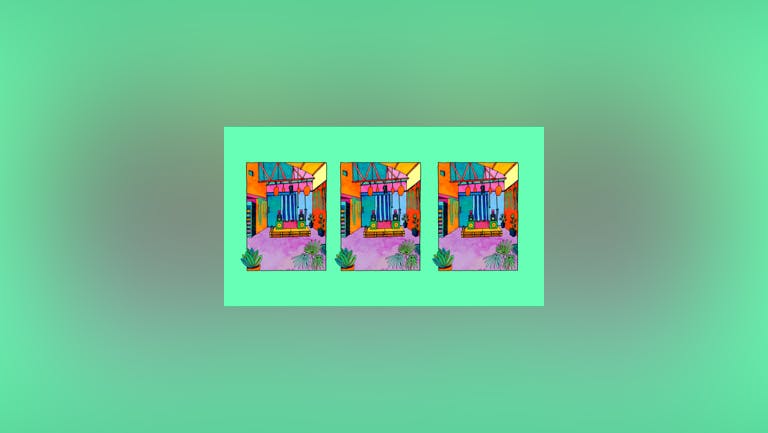 If you came to our last event then you know wagwarn..
Fusing Music, Beer & Art to create radical vibes ☄️💥🔥

Abnormal Sleepz 🐆
Reece Samuels, pseudonym Abnormal Sleepz', is an Artist & Producer/DJ hailing from the city of Manchester.
His influences are Hip Hop, Soul and Grime. You can catch him as one of BPM's (Big People Music) main hosts where he has gained rapid recognition for his dominance, energy and lyrical abilities over 140 BPM on the electric stage.
2016 saw the release of "The Meditape 2"
Early 2017 saw Sleepz go on tour, with a packed out show at Band on the Wall.
abnormalsleepz.bandcamp.com/album/the-meditape-two

KinKai 🐘
Flow theory member, and lyrical genuis Kinkai has very a unique sound. He has been playlisted by Adidas and his latest track "Roll the Dice" ft. Glue 70 has just been featured by Majestic. Listen here >> .youtube.com/watch?v=KWvlIZ6B45o

A Broken Camarilla 🐝🐝🐝🐝
A diverse collective of musicians, songwriters, beat makers and microphone controllers, creating a new spectrum of sound for the party people. Fusing together electronic foundations with Hip-Hop, R&B and UK Bass music, the group have been performing and creating together since 2015 where they met at university. Also working as solo artists under the Alias’s Evabee, Joey Bricks, Ceeow, and Tommy Tickle, the group’s eclectic tastes and visions help to pave the windy road forward.
ABC recently performed for 1Xtra at Media City...
youtube.com/watch?v=N8yohVO5zMw

Flash Sampson 🦇 - **RESIDENT SHINDIGGER DECK LORD**
Flash Sampson has played on Legacy and Limbo Radio bringing a range of sweet musical selections bridging genres including Neo-Soul, hip hop, afro beat and Jazz Funk. But he is no stranger to the club having played house, garage, DnB at nights such as Bite the Badger, Hit and Run, Ghosts of Garage and Punx Inna Jungle. He has supported artists such as Jenna and the Gs, Sticky, IAMDDB and Artful Dodgers with his personal blend of riddims to get the crowds skanking at any BPM
mixcloud.com/limboradio/limbo-radio-flash-sampson-7th-july-2017/

El Statiko 🐉 - Guest DJ
El Statiko is Manchester based Turntablist / DJ who specializes in Hip Hop, Funk and Live Remixing. He DJ’s for several Manchester Hip Hop groups such as Mothership Connection and The Natural Curriculum (TNC) and is also a resident of Taste the Diff’rence. Away from playing for groups and doing parties he competes in international DJ championships such DMC and IDA, having achieved the title of IDA UK champ twice and IDA world runner up.
facebook.com/ElStats/videos/836624416497160/

Hippiezilla 🐇
With abstract and colourful, smooth flowing projections, Corina Biebere's (Hippiezilla's) art is certainly not to be missed. Her art has been showcased in venues such as Band on the Wall, at events with the Merkai Collective & Synthesis Manchester.
instagram.com/hippiezilla/?hl=en

Kyle Huggins 🐊
A recommendation of Manchester's uniqueness from a friend led to the 23 year old choosing to study here, where Kyle instantly fell in love with the city, its energy and the sense of community. Kyle's photography captures the university experience through the optics of a 35mm point and shoot camera. Taking part in his first public display, Kyle's 'Welcome to Manchester' is an exploration into his view of Manchester as a relative newcomer.
instagram.com/kylehuggins/?hl=en