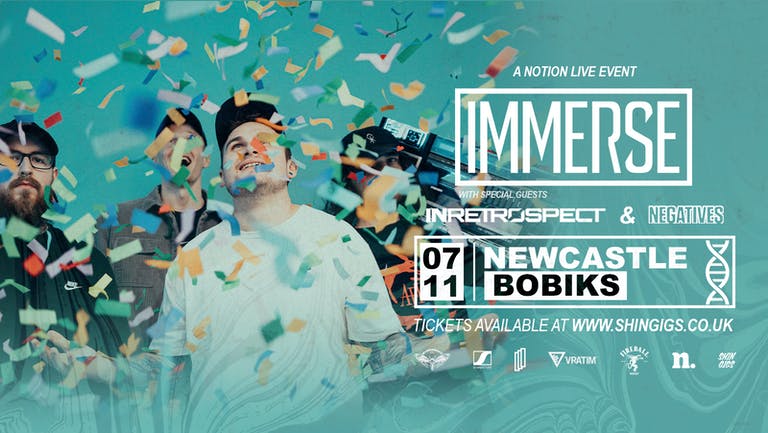 Bobiks offer 10% off food prior to the show with each ticket! 🍔

IMMERSE conquer lifes battles head on with a smile. The Bristol quartet take pride in touring their energetic live performance throughout the UK & Europe. Behind their fun exterior, these four lads have always taken an empathic & positive approach to creating music. With two albums under their belt, IMMERSE have a strong catalogue behind them which has rewarded them with a loyal fanbase.