This event has already happened! Click here to see upcoming events from Get Together 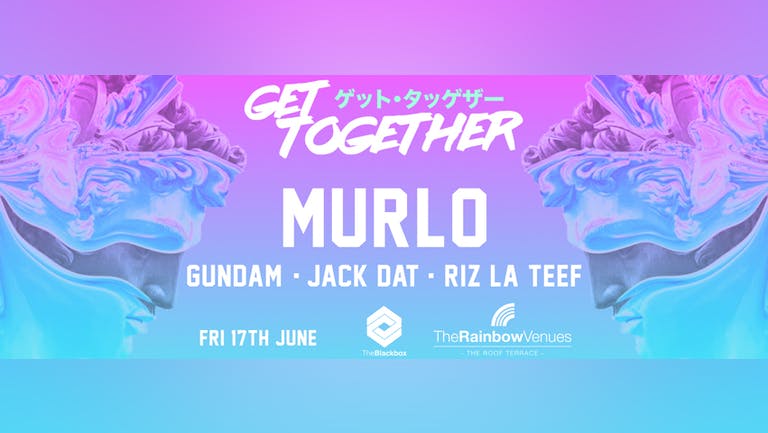 It’s that time of the year for a G2G Summer Party. If you’re about an all night party that won’t hurt your wallet, pumping out the best in Grime, Garage, Bass and Tech-House music, then Get Together is where it’s at. We’ve brought together our favourite DJs in the scene right now guaranteed to set off your summer on a tropical vibe as we party on the Rainbow rooftop and in the Blackbox.

MURLO - Making big moves since he played last summer, with the release of his Odyssey EP and working with Deadboy to create DBM (DeadBoy + Murlo). If you missed him last year because of Gottwood/Parklife, you have no excuse this time. Check out his boiler room https://www.youtube.com/watch?v=lNVrf8b4jvw

GUNDAM - King of grime refixes and wifey bangers. Gundam seems to be inexhaustible when it comes to producing high quality tracks. Expect an arsenal of dubs to be dropped on the night that you’ll never hear again. Check out his Rinse guest mix https://soundcloud.com/rinsefm/gundam220216

RIZ LA TEEF - Radar Radio resident. Riz is a Vinyl specialist and cut’s his own dub plates when people send him exclusives, and believe me people send him fire. Expect a wide range of funky, grime and dubstep. Check out his boiler room https://www.youtube.com/watch?v=JFgJd-egVJw

JACK DAT - Radar Radio resident. Not only is Jack Dat now seen as “that Grime DJ that’s killing the scene”, he has been reputedly deemed as “the DJ that can mix anything together”. Jack Dat is fast becoming one of the most sought after DJs in the underground grime, bass and jungle scene. Check out his Just Jam https://www.youtube.com/watch?v=Qg0qF1Ra2ME