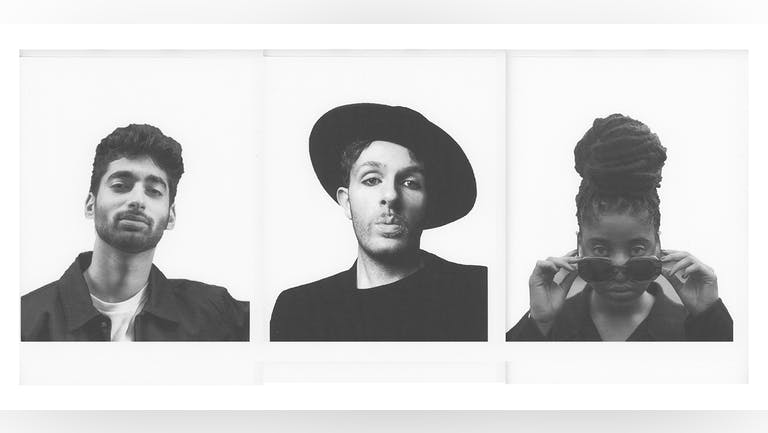 The Wombat, in association with LIMF Presents... A Jazz Happening

By The Wombat Jazz Club

The Wombat, in association with LIMF Presents... A Jazz Happening

Liverpool's very own musical mastermind, Amique, joins forces with TUCAN, Ni Maxine and a selection of the hottest artists on the scene for a unique and contemporary evening of jazz, in all of its forms. Special guests on the night include DAYZY, iamkyami and Jazmine Johnson, with more to be announced!

Amique and The Ecstasy - Amique is a daring and defiantly unique multi-faceted Artist, singer, songwriter/musician whose work fuses R&B, Jazz, Soul and Rock. A prolific artist, Amique has written upwards of a thousand pieces of music, composed for contemporary dance pieces and theatrical pieces and performed throughout the country with his band 'The Ecstasy’ whose wildly funky and original style ensure they live up to their name every time they take to the stage. To date Amique has performed at Wireless Festival, Liverpool International Music Festival's main stage and opened for Artists such as Snarky Puppy and JP Cooper.

TUCAN - The Jazz-Fusion collective embody the exponentially growing UK Jazz scene. Their sound is the musical representation of community and togetherness, with members of the band spread out all over the UK and globally. In addition to the injection of inspiration from West-African dance music, and South American rhythms and melodies, TUCAN's fresh take on Jazz sees their music incorporating Soul, Funk and RnB, drawing inspiration from the likes of Snarky Puppy, Robert Glasper and Ashley Henry. As TUCAN solidify their focus on bringing people together, their live shows have blossomed through their energetic and captivating performances, often leaving the audience moving and grooving.

Ni Maxine - A Neo-Jazz Singer-Songwriter; a Black woman navigating the modern world and exploring themes of home, identity, self-esteem and belonging. With a sense of duty to reflect the times in her music, Ni Maxine speaks out against the injustices that Black women face, hoping to inspire those who may have experienced/ be experiencing what she did, growing up. Through music, she hopes to cultivate community and spark important inter-generational conversations for change: “The algorithm divides us, but we are more powerful when we are united.”

DAYZY - A rapper, singer/ songwriter from Liverpool, with a unique, raw, melodic sound. Representing the underrepresented, he brings a rare, scouse, energetic presence to the stage. DAYZY's music, which takes influence from hip-hop and afro-jazz, takes you on a journey through the ups and downs of life. "I believe that my material, identity and performance is a statement to the world."

IAmKyami - Giving you main character energy, iamkyami is serving glimmer-swirl indie RnB with a side of poly gluttonous punk attitude. Weaponizing positive vibes, theirs is an astute, eloquent head on shoulders that just happen to be enveloped in Hello Kitty dungarees and a streetwear edit overseen by Yvie Oddly. Unpacking and exploding the rich opulence of pop RnB tropes, Ky’s signature sound lies in the stillness of the aftermath. A far-future cartoon landscape dotted with skyscraper-sized themes, where the .zip-file-distortion of pillowy synths wobble in the rising heat of the afternoon and light-headed guitar flurries float by like dust in the sunlight. Raw, honest and with near ninja-like emotional literacy, iamkyami is your slick-talking, perceptive narrator exploring notions of identity, uniqueness and self: “My heritage is one where two worlds collide and that’s something really special. Being half Japanese and half Black American, there are so many influences to pull from and my aesthetic is heavily based on my identity. Not only my ethnic identity but my identity as a Queer person too. My music is simply another way to express myself and the ways in which I view the world.”

Jazmine Johnson - Heavily influenced by Amy Winehouse, Yebba and Allen Stone, the 23 year old songstress from fuses rhythmical soulful melodies with raw lyrics to show honesty and vulnerability throughout. Jazmine Johnson, who has been supported consistently by BBC Introducing, is currently embarking on her debut EP project which explores her experiences and the lessons she has learned. Jazmine Johnson is one to watch!