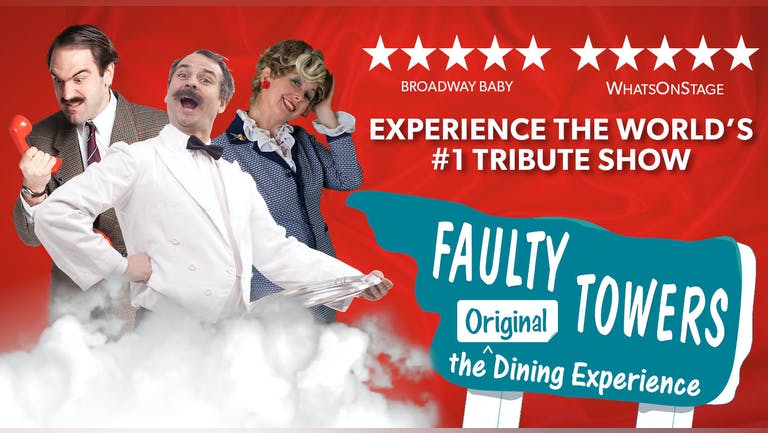 Still running in LONDON'S WEST END for over 10 years the Faulty Towers The Dining Experience arrives in Shrewsbury for the very first time!

Faulty Towers The Dining Experience is a highly interactive experience, where audiences enjoy a 3-course meal and 5-star comedy. A loving tribute to the BBC’s classic TV series, the show has been seen by over a million people worldwide, which celebrates 25 years of touring this year and is London’s longest running immersive show.

When the audience become diners in the ‘Faulty Towers’ restaurant, pretty much anything can happen! The fun starts as guests wait to be seated. It then hurtles along in a 2-hour tour de force of gags and shambolic service as Basil, Sybil and Manuel serve a ‘70s-style 3-course meal together with a good dollop of mayhem.

Expect the unexpected - and become part of the action in this world-renowned comedy spectacular !

The world’s most sought-after and THE ORIGINAL tribute to the BBC’s Fawlty Towers!

Main - Roast Turkey, pigs in blankets, roast potatoes, and all the trimmings (GF)

Ends at 4pm followed by an after party

‘A two-hour eat, drink and laugh sensation’ ★★★★★ The Daily Telegraph

'For a good dinner and an even better show – this one is a no brainer! It is a fantastic
concept executed to perfection, and we can’t recommend this enough. It is two straight hours of side-splitting laughter guaranteed.' ★★★★★ Scottish Field, Edinburgh Fringe 2019