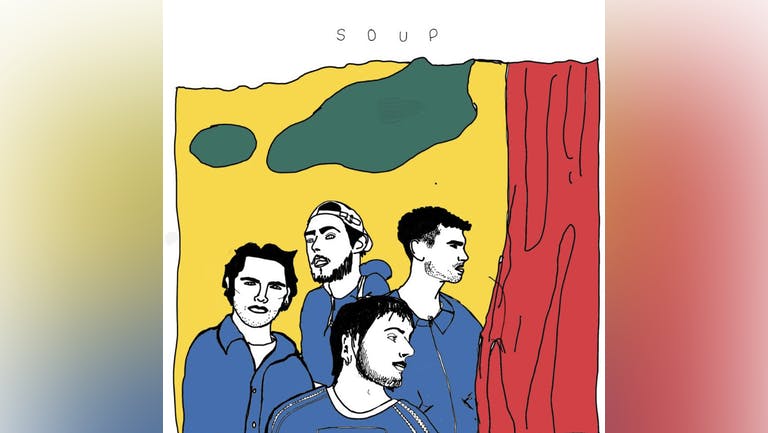 United as teenagers by a shared love of post-punk bands Joy Division, The Buzzcocks and The Fall - Soup! began playing their first gigs back in February 2020. Now well established on the Manchester independent scene and regulars on BBC Introducing North West and other North-West radio stations, the future looks bright for the Stretford four-piece.

'Soup! describe themselves, ironically we assume, as "another Manchester post-punk band, but they're certainly got enough to stand out in an increasingly clustered crowd. With a set of new songs, save for one, including recent single Shocked, they've certainly got more grooves going on than many of their contemporaries.' - Even The Stars