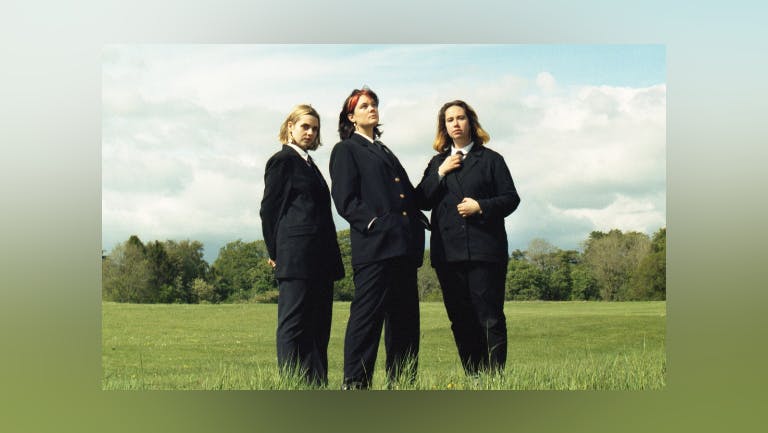 Female, queer and unapologetic, Bristol based Grandmas House formed as they 'wanted a place to scream about the stuff we care about, which is why we started writing music and learning our instruments which lead to us moving in together and starting the band’. Heavily driven and inspired by other women in the music industry who are working to close the ever present gap of inequality, Grandmas House aspire to do the same.

Their sound is inspired by a deep love for many genres of music - the current post punk scene and 70’s punk as well as the DIY attitudes that come with those genres whilst also loving a melodic and catchy sound influenced by indie and pop. The band put a lot of energy into each song to be as loud as they possibly can. With vocals compared to artists ranging from The Raincoats to Motörhead and described musically as a mix between Courtney Barnett and The Slits, the original, fresh sound coming from this band is undeniable.

Electrifying live they have supported IDLES, Pigs x7, Katy J Pearson and TV Priest, performed at a handful of festivals around the UK and abroad, had their fan-favourite track 'Always Happy' featured on critically acclaimed Apple TV series Bad Sisters , and released their stellar self-titled debut EP via Brace Yourself Records in October 2021. The EP was met with a plethora of praise, with 4/5 stars from DIY and Dork and a slot in NME's 100 Essential Emerging Artists of 2022 who called the EP the "rowdiest eleven-minute listen of 2021".