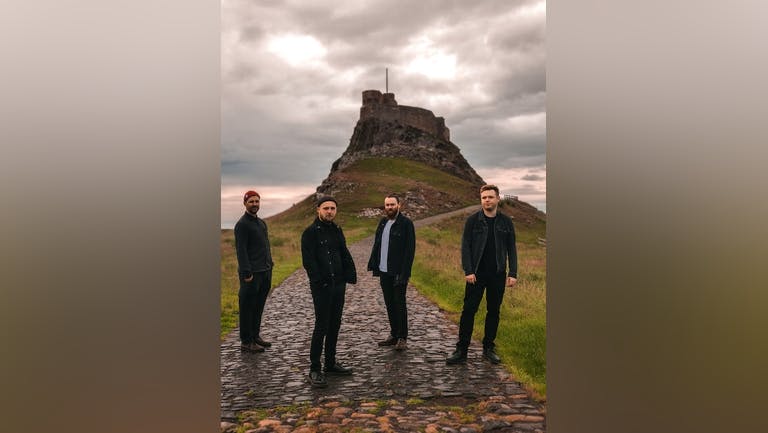 North Shields singer/songwriter Aaron Duff performs both solo and with his band under the moniker Hector Gannet, named after a converted fishing trawler his grandfather sailed on and which sank off the coast of England in 1968 (..but that’s another story).

Hector Gannet first garnered attention from audiences and the music industry when Aaron wrote an original score to vintage archive film footage of North East England, commissioned by North East Film Archive as part of a wider project with BFI for their ‘Moving North: Coastal’ series, focusing on the English coastline and more specifically on the fishing and shipping industries.

The band broke out onto the national circuit when, in 2019, they were invited to tour the length and breadth of the UK to sell-out crowds, supporting Brit awardee and friend, Sam Fender.

With a new-found audience behind them Hector Gannet released their debut album ‘Big Harcar’ in 2020: Singles from the album were played by BBC 6music and XFM and the album was lauded by Louder Than War as 'album of the year' listing Hector Gannet as one of "25 bands that might change your life in 2020". Tracks were also used on BT Sport and BBC Radio 4 trailers.

After a string of sell out headline dates in their native north east, Hector Gannet released their Into The Deep EP in September 2021, gaining more national radio play with Lauren Laverne, Chris Hawkins and Tom Robinson at BBC 6 Music as well as a national tour in October, also were also out supporting indie legends Sea Power in England and Scotland. Music from the EP, centred around the harm by human activity to nature and the environment, was also published by renowned Springwatch naturalist Chris Packham on his social platforms.

Hector Gannet are currently back in the studio recording new material and will head out in spring 2022 on The White Pyramid Tour – with the following dates currently confirmed;