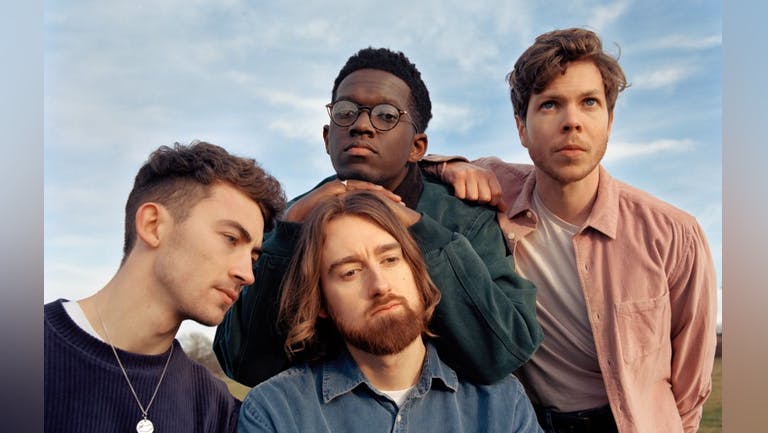 Mosa Wild made a big entrance back in 2017 with the breakout anthem ‘Smoke’, which recently surpassed 11 million streams on Spotify. The Kent-based quartet have shared stages with the likes of Tame Impala, Maggie Rogers and Jade Bird, sold out a string of their own London headline shows and received glowing support from The Independent, Dork and more. The new single ‘Expect Me’ is the first taste of their forthcoming second EP, ‘Zip Your Coat Up For English Weather’, coming soon via Glassnote Records.

For fans of: The National, The Maccabees, Flyte

Mulimba
London-based MULIMBA struck out on his own in 2019 with standout debut single "Damn!", a searing and soulful statement of intent championed by The Line of Best Fit and Clash. Having already attracted a following as the frontman of former band HAUS, Ash Mulimba is breaking new ground with his genre-defying solo releases that cover an expanse of sounds - from hip-hop beats and brooding electro hooks to atmospheric guitar lines and soaring church choirs. Listen to his new single ‘Chasing Gold’, out now on 9P Records.

Vanessa Gimenez
Vanessa Gimenez is no stranger to the realms of pop prosperity. With her previous project Swimming Girls, she played Glastonbury, toured with Pale Waves and was streamed in the millions. Moving from band leader to solo artist with ease, Vanessa's debut EP following the disbandment of the Bristol indie-pop band was produced and mixed by David Wrench (Arlo Parks, Jamie xx, Georgia) and is full of vivid pop hooks. Listen to ‘Make It Rain' - backed by NME, DIY, Fred Perry Subculture and more - which is out now on Leafy Outlook.

Plus Visuals from:
Innerstrings
Innerstrings is a psychedelic visual artist, specialising in liquid and live feed projections, who has worked with the likes of Crystal Fighters, Bella Union, Sonic Cathedral, Lewes Psychedelic Festival and more.