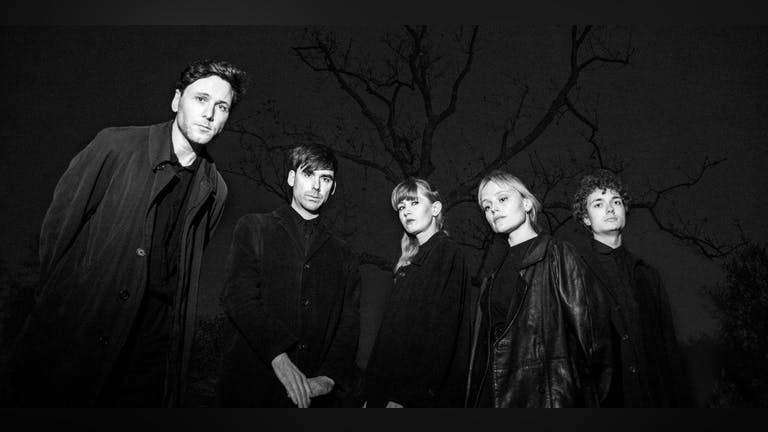 The Rotterdam-based Psych/Post-punk group Rats on Rafts released their third record called “Excerpts From Chapter 3: The Mind Runs A Net Of Rabbit Paths” on January 29th. An organically grown concept record, documenting the past few years of their lives. In this period, in between their previous records, touring and collaborations, the band has been carefully carving out their most openly textured work to date: rich in psychedelic post-punk flavours.

Quite like their hometown Rotterdam, Rats on Rafts are an ever-evolving group. From their catchy new wave of “The Moon is Big” which launched them into the pop world of the Netherlands, the noisier psychedelic sound of “Tape Hiss” created a path for them into the world. Rats on Rafts signed to Fire Records (UK) in 2015. They toured extensively in the last few years including shows at festivals like Best Kept Secret (NL), Liverpool Psych Fest (UK), Reeperbahn (DE), Glastonbury (UK) Primavera (SP) Levitation (FR) and many many others. In between, they also released a collaborative record with Dutch legends De Kift. They ended their long run of shows with a string of support slots for Franz Ferdinand, resulting in their first visit to Japan: an overwhelming experience that influenced parts of their new record.