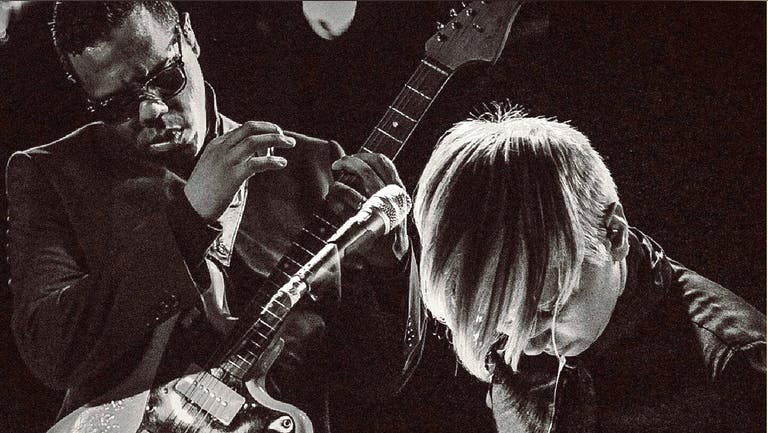 The Dears have rescheduled their 2020 European dates to 2022. Original tickets remain vaild.

Formed in 1995, The Dears released their first, ultra lo-fi album, End of a Hollywood Bedtime Story, in 2000. The orchestral, dark pop sound and dramatic live shows cemented The Dears at the foundation of the then-emerging Canadian indie- rock renaissance. In 2001 and 2002, they released two separate concept EPs Orchestral Pop Noir Romantique and Protest, respectively. In 2003 they released their second full-length album No Cities Left in Canada, and a string of highly anticipated shows at SXSW ‘04 prompted the international release of No Cities Left with Bella Union. Gang of Losers came in 2006. In 2008 the group partnered with Dangerbird Records to release Missiles, followed by Degeneration Street (2011), Times Infinity Volume One (2015) and Times Infinity Volume Two (2017). In 2019, Murray A. Lightburn released his solo record, Hear Me Out.

Tour support comes from Sub Pop artist Perfect Son. Sometime in 2016, just as the Polish singer and producer Tobiasz Bilinski began to find success through the dim and fractured electropop of Coldair, he knew it was time for a radical change. The songs on The Provider, Coldair’s much-lauded second album, had been an exorcism of sorts. Laced with songs about early death, chronic disappointment, and clouded minds, the record was, as he puts it now, his earnest attempt to ‘get all this old shit out’. That mission accomplished, he needed something new, a restart—the unabashedly radiant and unapologetically complex pop of Perfect Son, delivered in 10 perfect shots on Bilinski’s Sub Pop debut, Cast.