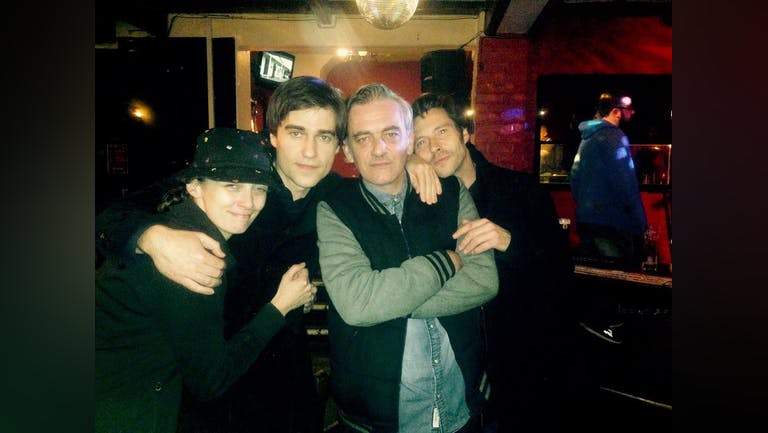 Please note : This is a DAYTIME EVENT starting at 2pm til 8pm.
We are very excited to announce that Edgar Jones has been added to the line up and will be performing a solo set as a special guest!

Edgar needs no introduction he’s a highly regarded and highly respected performer and in my opinion one of the finest musicians of our time! He has had a career spanning the last 30 years and has another album due out soon! He’s a prolific writer and one of the most talented performers you’ll ever see. This is a rare opportunity to catch Edgar doing a solo performance in his home city. Don’t miss it! 😱

The High Rip are a professional 4 piece band from Liverpool. They have been together and performing live for a number of years and have a good following here in Liverpool. They were recently spotted by a London-based management agent and now have a record deal with a Liverpool record label (9x9 Records). They released their first album in June of 2021 “ The Rule of Four” and are currently adding the finishing touches to their second album which is due out next year. The High Rip are a great live band and a real joy to experience - you can see that they love what they do! The songs are well crafted,catchy and they are instantly likeable as a cohesive four piece. They’ll have you tapping your feet and wanting to dance in no time! If you’ve seen them before then you’ll know that they always put on a great show and if you haven’t seen them before then come along and see for yourselves! You’re in for a treat they are fantastic! 😁

Support is provided by Sophie Bernice. How can I describe Sophie other than Wow- just wow! I first heard Sophie when she was performing in Wigan and her voice is beautiful, absolutely mesmerising! I am very excited to have her perform for you! Sophie is a young, Liverpool-based acoustic singer/songwriter who performs her own work aswell as a variety of cover versions from a variety of genres. She released an Ep in 2020 called “Leave our Skins”. She’s an extremely talented performer and has one of the best female vocals I have heard in a long time! She’s absolutely superb and highly recommended so I hope you will enjoy her performance! 😁

Dominic Lewington has been added to the line-up. Dominic is a professional musician who is currently in 5 bands aswell as performing as a solo artist. He has a style similar to Syd Barrett. He recently performed in Iceland and was approached by a Syd Barrett covers band to ask whether they could learn one of Dominic’s own songs to incorporate into their Syd Barrett set! Dominic started his career as the lead guitarist in Pop Levi. He has toured the world supporting acts such as Kasabian. He moved to LA for a while but now he is back in Liverpool to share his song writing talents with you! I hope that you will enjoy his performance.