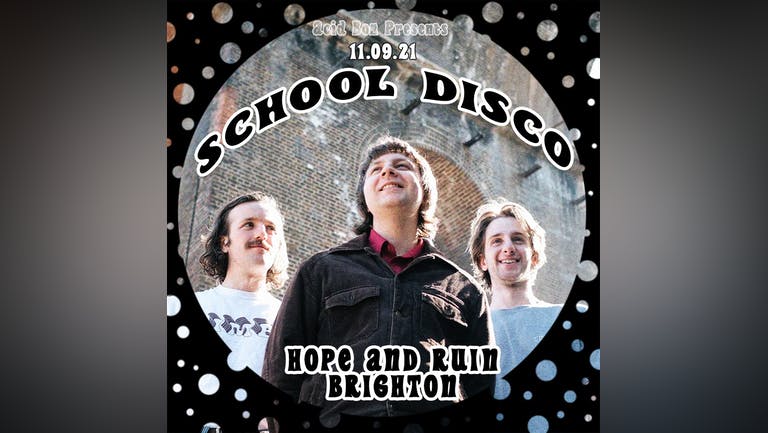 School Disco
School Disco were formed in 2016 by founding members Rory Lethbridge (guitar/vocals) and Troy Holt (bass). In recent months they’ve been joined by Luke Shaw (drums), adding a new perspective to the band’s already established sound.
Since their formation they’ve become respected in Brighton’s local scene and further afield, playing shows across the U.K. Taking their influence from Osees, Hawkwind, Neu, Black Sabbath and early Tame Impala amongst others mixed with their admirable D.I.Y attitude gives School Disco the one up from their counterparts. Their live shows are passionate and fiery, securing them a solid fan base.
School Disco are set to release their sophomore LP The Heads Still Here on 17th of September on Copper Feast Records and Krautpop.

Les Bods
Brighton-based four-piece band with an electric garage rock sound. Fuzzed-out riffs and kaleidoscopic soundscapes will transport you to another dimension. Then they will bring you back with crushing riffs
Listen: https://youtu.be/gJE3PLr7JHw