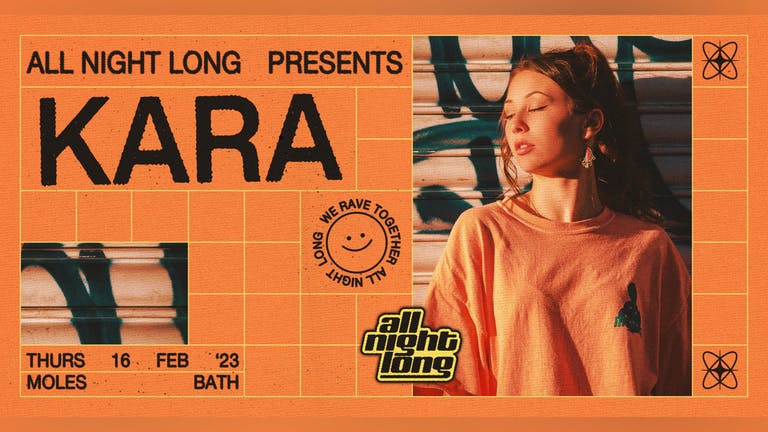 Kara incoming <3 for a maiden outing at All Night Long. Back in our favourite Basement, MOLES!

There aren’t many young DJs in drum and bass who have been making as muchnoise as Kara has in recent years. While still in her twenties, Kara has become oneof the most booked young artists in the scene, bringing her signature energy behind the decks to festivals including Hospitality on The Beach, Rampage Renegade and Westfest, and countries as far as New Zealand.

Kara’s name has gained momentum over recent years, building a reputation as a producer is the next chapter. With early releases to hername including a remix of DJ Phantasy & Doktor’s “Junglist” (with one millionstreams on Spotify), and an ID-demanding bootleg of Biscits’ “Your Body” the early signs are looking bright for this young talent.