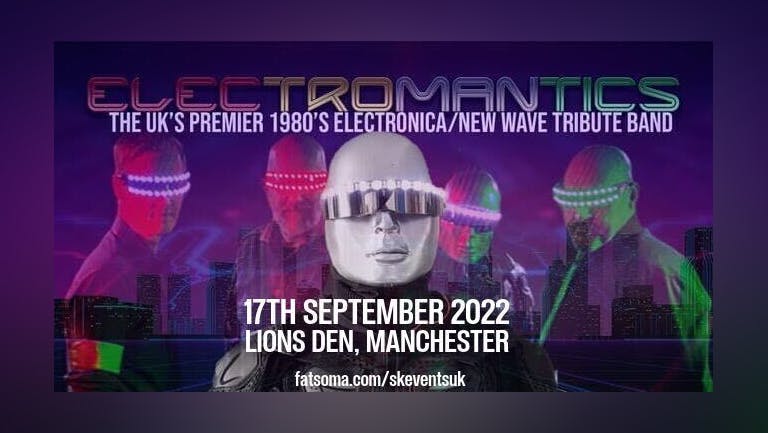 The band will be playing all those classics for the likes of Depeche Mode, OMD, Gary Numan, A Flock Of Seagulls, Erasure, Kraftwerk, Duran Duran & a whole load more!

The eighties were a time of radical changes in music and fashion. In the aftermath of the Punk revolution, daring New Romantics embraced new sounds and technologies to change the face of music forever.Electromantics pay tribute to these pioneers with a live show that is as visually stunning as it is sonically accurate.

Formed during the lockdown of 2019-2020, when members of Electro 80s felt it was time for a change. Three of Electro 80s formed Electromantics (with the addition of Andrew Dixon – Gold) and Blue continued with the old band name and a new lineup.

The band have worked tirelessly in isolation during the lockdown period. Technology allowed them to work remotely, finally getting together for a few limited rehearsal sessions before their first gig.