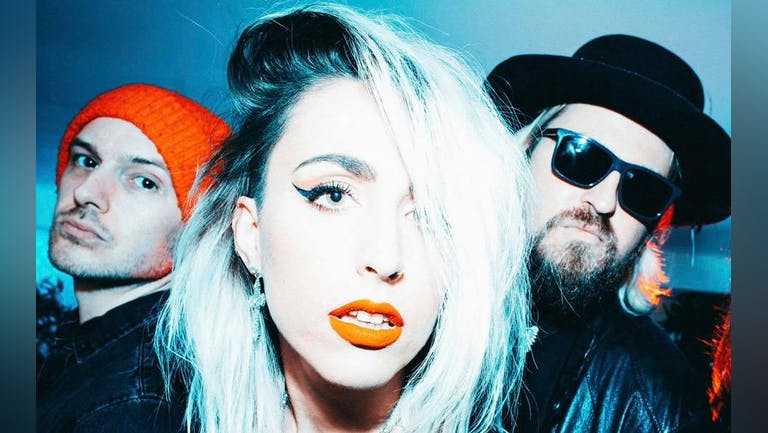 Marisa And The Moths
‘Cute band name’, you say? Trust us: there’s nothing moth-like about these guys. Expect sharp, chunky modern hard rock all mixed up with the grungy goodness of the 90s which makes you think of Halestorm, Foo Fighters, alongside the femme power of Deap Vally and PJ Harvey.

Marisa And The Moths are a new alt-rock band on the scene, supercharged with an outstanding stage presence and filthy, gritty sound. Since their debut in 2019 with Skin, they've already rapidly garnered a following which continues to grow at pace. Formed by Marisa Rodriguez & based in Reading, The Moths have been on Kerrang ‘Fresh Blood’ as Artist of the week, have had a feature in Classic Rock Magazine 269 and even featured on the cover CD. The band have already completed their first two UK headline tours, selling out 100-300 capacity venues across the UK. Despite adversity, Marisa And The Moths have kept their buzz alive and growing throughout the trials and tribulations of 2020, hosting livestream events, releasing a deluxe edition of their debut self-titled album, multiple music videos and building hype for their 2nd album in the making.

Follow the band on social media platforms to keep up to date with news - all social media links can be found via the Marisa And The Moths Linktree: https://linktr.ee/marisaandthemothsband