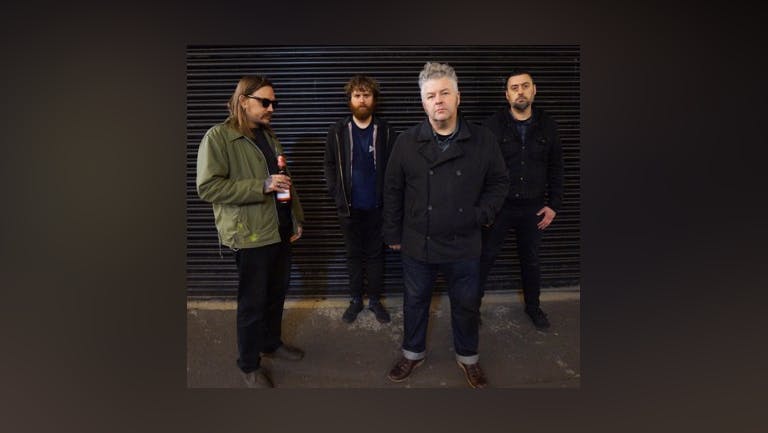 Acid Box Presents Rainbow Grave from Birmingham, a super-group of sorts (Napalm Death, Scorn, Doom, Sore Throat) who released their 2019 debut album to much critical acclaim, one of our favourite heavy records of the year for sure, with support from illusive Brighton stoner rock legends ENOS.

“No You” is the sound of disappointment, heartbreak and emptiness. No You is brutal and sharp, they’re going to stick it in your guts and grin. - Echoes and Dust“

Listen to Rainbow Grave. Because you’re not worth it” - The Quietus

Enos have gained a reputation as a band to been seen and heard loud and live. A reputation that was cemented by the 2010 release of their first recording, Chapter One and backed up in 2012 with the release of All Too Human.Enos’ music goes hand in hand with the comic they share their name with. Following the story of the eponymous chimpanzee the music switches from psychedelia, hard and solid riffing and relaxed passages to narrate the tale of Enos’ adventures.Since the release of the band’s critically acclaimed second album All Too Human Enos have gone on to tour Europe and the UK, play several festivals, released a Live EP (The East Slope – Live EP released 2013), which previews 4 tracks from the hour long live DVD (Live at The East Slope released 2014) of the same show