This event has already happened! Click here to see upcoming events from Listen Up Music 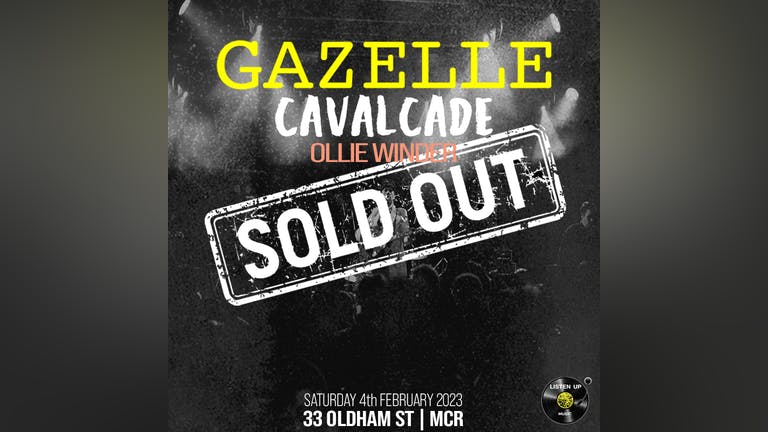 Leicester based Gazelle, Four working class lads uninspired by today's music charts writing real music. Brought together by a mutual love of British Subculture. Since their sell out hometown headline show at 02 Academy, Leicester in 2017, an incredible achievement from an unsigned band, they have received recognition and radio play from across the UK including Sky's Soccer AM and Radio X

"An indie banger from Cavalcade... The energy is off the charts man!" - Jake Peachy (BBC Introducing)
“Proving that the spirit of The Buzzcocks is still going strong” – John Kennedy (Radio X) “Perhaps it’s their jaw dropping riffs that give them the edge, or it may be the energy and vigorous no-shit attitude they have on stage. Either way, this band are fast becoming one of the most interesting and fun live bands emerging onto the scene” – Indie Underground “Cavalcade are creating waves with their anthemic, urgent straight up rock n roll” – GigSlutz

Ollie Winder is a solo artist and producer heralding from Lancaster fusing influences from Manchester, 80s/90s, Britpop, EDM and rock with his own unique, gritty and exciting sound