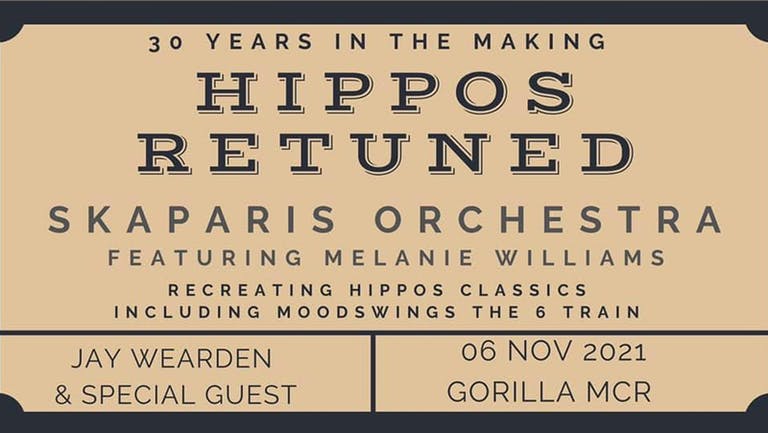 Hippos Retuned - 30 years in the making.

In 1991, we started something very special at a club called the Hippodrome in Middleton. Three decades later, the memories still burn bright in people’s hearts and minds. We are overjoyed to announced that we will be honouring the anniversary of Hippo’s in such a way that 30 years will melt in a flash. To have the talented Simon Robertshaw reinterpreting some of the massive Hippo’s tunes with his Skaparis orchestra is something that not only will excite but will take the music to the next level.

To hear The 6 Train being played live for the first time ever by real strings, harp, brass and drums is a dream come true.

Joe Bernard who produced it has had a life’s ambition to hear his masterpiece played in such a way. What better occasion than the tune that defines Hippo’s and was our anthem.

Melanie Williams will be providing her vocal prowess to the proceedings. It is an honour for her to be part of this musical homage.

To perform this at Gorilla is something that we are very proud of and such a perfect space to celebrate it in style.

We need this now more than ever.

Tickets are designed to be a keepsake and are uniquely numbered dog tags ID necklaces.