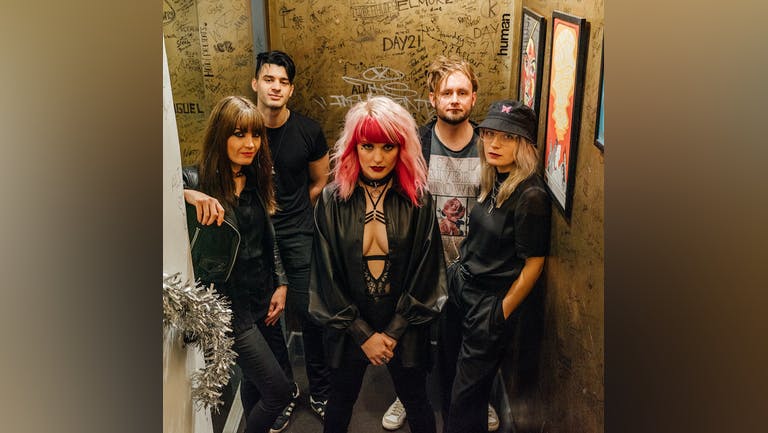 Fractures In The Sky

Having exploded onto the scene in 2017, Salvation Jayne have carved themselves a reputation for their white-hot, hook-laden explosive fuzzy riffs and glossy dream pop undertones.

After relentlessly touring around the UK from 2017-19, Salvation Jayne added to their record of Sold Out shows with a large headline show at The Quarterhouse in Folkestone in October 2019, adding to their vast number of past support slots with bands including Milk Teeth, St Agnes and Rews.

Catch Salvation Jayne at one of their live dates and see a band who encompass the huge desert style riffs of QOTSA, with Pvris's electronica pop hooks - all combining with Chess Smith's voice which is akin to the raw edge of PJ Harvey and the soulful power of Yonaka's Theresa Jarvis, with lyrics that are fiercely impassioned and evocative.

"Salvation Jayne are justifiably rated as one of the UK’s most exciting up and coming bands." - Planet Rock, 'Ones To Watch'

" Burn it down hits your Eardrums with it 's intensive thrashing beats and ferocious riffs alongside Smith’s fiercely impassioned, brooding vocals. A truly raucous and hugely evocative offering.” Gigslutz