This event has already happened! Click here to see upcoming events from The Lofts 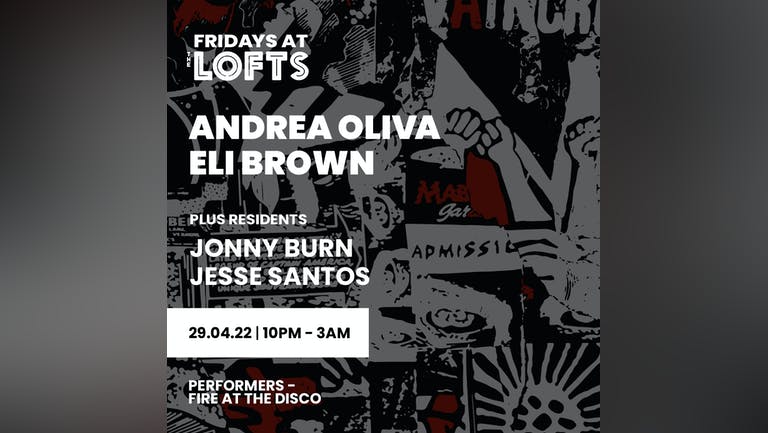 The Lofts, Newcastle upon Tyne

Andrea Oliva’s current status as an established international headline act is the result of an entirely organic journey.

Having taught himself to DJ at the age of 13, Andrea then started working in a record store where he built his extensive collection of upfront promos and white labels from Europe and beyond and he soon secured bookings at some of Switzerland’s best clubs leading to residencies at Terminus and Pravda. With his status in his home country growing, Andrea teamed up with the owner of Nordstern in Basel, Agi Isaku, and the duo were soon throwing sold out ‘Banditz’ parties across Switzerland. His reputation took him across the continent and all the way to Ibiza, where in 2004 he was first invited to DJ at Space.

Andrea developed his production style under the likes of VIVa Music, Saved Records, Be As One and Cadenza, with two 2012 releases - the ‘Click Off’ EP on Cadenza and ‘Scene’ on Be As One - breaking into the Beatport top 10 downloads and leading to him becoming RA’ s most charted artist in February and March the following year.

If the event is canceled due too Government Covid Enforcement, you will be offered an immediate refund.

If the event date changes, you can either change your ticket to the new event date or you can have a refund.

No fancy dress or suits (unless it's Halloween)

An artist bringing a singular vision to the world of electronic music, Eli Brown has brought a visceral energy to club sonics ever since his emergence on the scene in 2016. Coming up in Bristol’s famed dance community, Brown’s production style captures the raw atmospherics of his homeland’s icons.

His innovative approach to club sounds roots itself in the sinister; placing the listener in the darkest sonic recesses before throwing them onto the dancefloor at breakneck speed. This sound has helped him rise to prominence, rapidly gaining support from the likes of Carl Cox, Adam Beyer, Charlotte De Witte, Patrick Topping, Alan Fitzpatrick, Solomun, Reinier Zonneveld and more. Following a plethora of releases for the likes of Skream’ Of Unsound Mind, Adam Beyer’s Truesoul & Alan Fitzpatrick’s We Are The Brave, Eli’s talents in the studio peaked the interest of dance music royalty Calvin Harris.

The pair have notched x2 collaborations for Harris’ Love Regenerator project, certifying Eli Brown as undeniably, one of the most highly coveted producers in dance music today. However, Eli Brown’s penchant for dark and subversive sonics doesn’t stop with his productions. Arcane, his own label, was created in 2020 as a vessel to support new upcoming talent who deal in the brooding, hard-edged house and techno that inspires his own work.