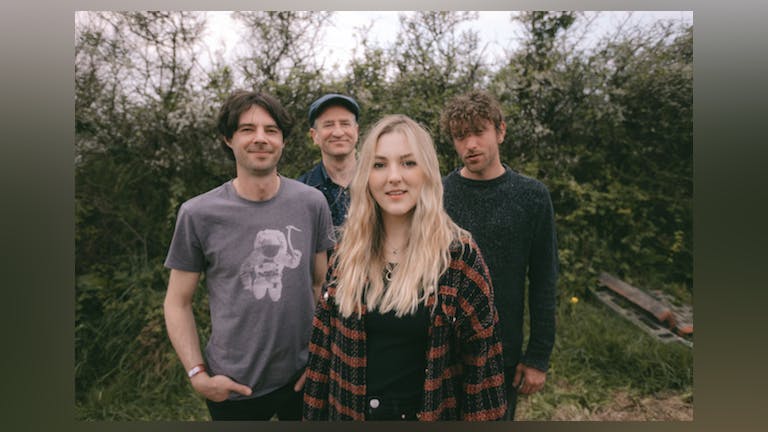 We absolutely LOVE the sound of our good buddy Rue, be sure to get yourself down to this gig and get your tickets before they sell out! Rue is one of our favourite performers 😍 🤘

Growing up in the small town of Lostwithiel, Cornwall, Rue made a name for herself by conquering the local gigging scene whilst simultaneously completing her degree in BA (Hons) Contemporary World Jazz. She has been making waves in music since her first EP release "Blinkers" in 2017, having pushed her sensational vocals, impressive fingerstyle guitar playing and beautifully nu-soul inspired songs all across the UK.
Under her belt is an impressive number of major festival slots and stellar headline shows including Cheltenham Jazz Festival, Pizza Express Jazz Club in London, Mr Wolf’s in Bristol, The Great Escape Festival in Brighton and more.

Rue brings a new and polished sound with her latest single 'Lucid', having developed through years of gigging both solo and with her band. Incorporating elements of jazz, rnb and nu-soul, Rue's guitar playing is influenced by likes of Tom Misch, Hiatus Kaiyote and Oscar Jerome. 'Lucid' received outstanding support from leading jazz station Jazz FM and was played across multiple shows.

Rue’s ever-growing presence has gained her ongoing support from BBC Radio and other international radio stations. As a result, she’s made multiple live appearances on BBC Introducing & prime time BBC Spotlight TV. She has also supported major artists such as Martha Reeves & the Vandellas, Newton Faulkner and James Arthur.
Rue is an unsigned, independent artist currently based in Plymouth, Devon and is working towards releasing her debut album.

"Transfixed. Like a symbiosis with her voice and guitar, it’s irresistible when she begins." - Soul Stripped Sessions, London
"One of our most exciting BBC Introducing artists.Rue is a treasure." - BBC Introducing in Devon & Cornwall