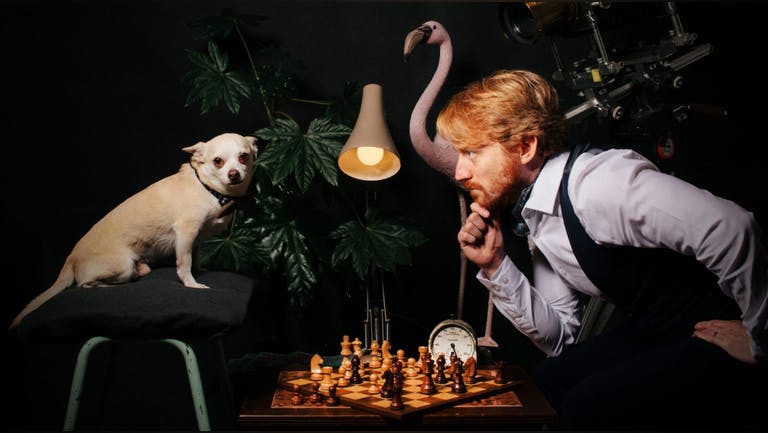 SLUG
“I started to think about what I could do to challenge my own listeners,” says Ian Black aka SLUG. “And what would be my angle without just releasing 40 minutes of generic bad music?”

Although Thy Socialite!, the first release from Field Music’s new record label Daylight Saving Records, is not the sound of Lloyd Webber quivering and sweating in a rotting Berlin flat but instead, a fun, joyous, audacious record of hard rock, glam, and pop that ranges from arena to art school. “I wanted to include a more rockist palette,” Black says. “My last album, Higgledypiggledy, had influences including The Cardiacs, Prince and The Residents. For this one I wanted to see what I could get out of less indie audience friendly artists such as Toto, Sweet, Wings, Def Leppard and ZZ Top and merge it with a SLUG sensibility. Due to the more rock approach, I was happy for the album to become a big classic rock unit – pompous even.”