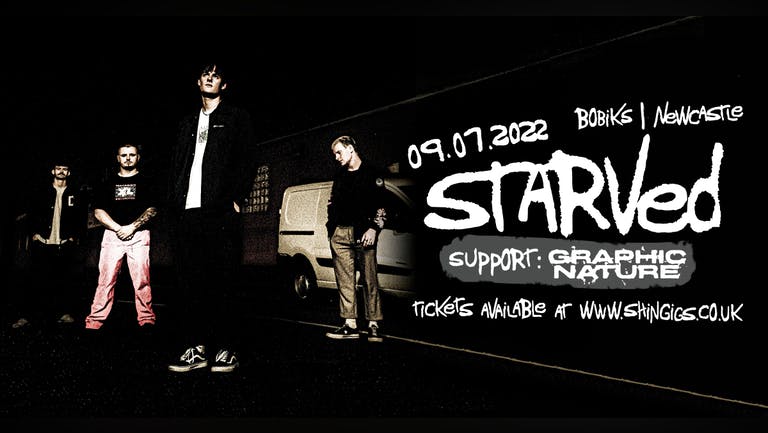 Starved | Bobiks in Newcastle Upon Tyne

Starved | Bobiks in Newcastle Upon Tyne

Amalgamating a plethora of genres, Starved produce an array of audio visual experiences pushing boundaries in the UK metalcore scene. Equipped with crushing breakdowns and rhythmic intricacies, through screams and clean vocal melodies, this band have been hard at work with Jim Pinder at Treehouse Studios to create the bands next bout of artistry and originality, that will surely blow you out the water.

Grown from the roots of the bands previous alias 'Starve To Survive', Starved are a 5-piece metalcore/hardcore band that originally formed in early 2015. After releasing 2 EPs and playing shows across the UK and EU, the band decided to rebrand, and in early 2020, announced the new name 'Starved' with their debut track 'Becoming Dirt', recorded, mix and mastered by Connor Sweeny of Loathe.