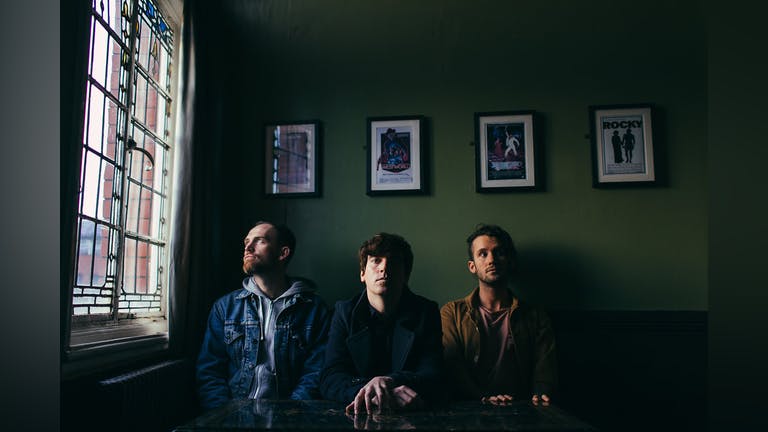 “One of the finest debuts of the year” – Gigwise

“A cinematic soundscape of intense proportions” – The Line of Best Fit

“A band equally at home fusing post-rock orchestrations or off kilter electronic elements with effects-laden guitars, a masterful work” – Drowned In Sound

“Victories At Sea have spent the past 18 months steadily, patiently evolving into something quite entrancing.” – Clash Magazine

“A superb hybrid of post-punk, dance, and pop on their edgy vibrant debut album” – PopMatters

"Birmingham has another band to be proud of" - NME

Emerging from the concrete paradise of Birmingham, Victories at Sea fuse a vivacious combination of brutalist electronic hooks, soaring reverberating guitars and dolorous wordplay. After being championed by the likes of the NME, The Guardian, BBC Introducing and Radio X’s John Kennedy, autumn 2015 saw the band release their debut album ‘Everything Forever’ via Static Caravan Recordings digitally and on a sold out limited vinyl run.

The album showcased the band at their most danceable, with big chorus hooks and machine beats that timelessly devour as well as more intricate musicianship and atmospheric soundscapes that build through layers of impressive electronics and heavily effected guitars, intent to sonically enthral and make you move in equal measure.

With influences that range from Mogwai to Factory Floor, Slowdive through to The Chameleons, the band has built a solid live reputation particularly in the UK and Europe where the band have toured extensively including a run of high profile arena support slots with EDITORS.

Having secured themselves a placement as one of Radio X’s “ones-to-watch”, Victories at Sea are looking to the future and the release of a new record in Spring 2017.