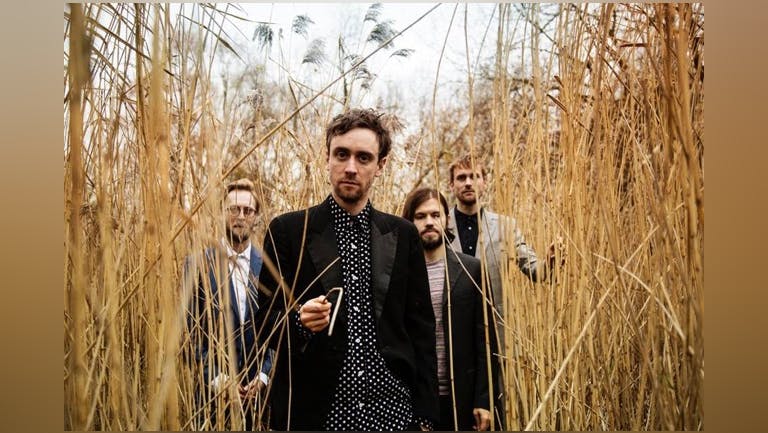 "…with his breathy Ian McCulloch-style croon…a burnished psychedelia creeps into the mix and takes this music to the skies." Garry Mulholland, Uncut

"…. a gem of psychedelic English folk… the listener is thrown into an uncertain, disorientating yet mesmerising world created by Cheshire’s lyrics and incredibly gifted band…" Renny Jackson, ThankFolkForThat.com 9/10

"…displays a unique, slow-burning psychedelic alt-folk sound that deserves to reach a wide audience… dreamy psychedelic… united by a spiralling, weaving quality…a dizzying and original sound at times reminiscent of Nick Drake, The Beta Band and Tunng but at all times unmistakably his own." Alfred Archer, FolkRadio

'...his sonic bow summons a strangely alluring array of generic reference markers and then consigns them to a huge mixing bowl only to speed mix the blighters and bake the resulting ingredients into something flavoured in the irrefutable spicing of English eccentricity...partly cloaked in psychedelic hallucinogens...a curiously crooked outsider pop framing upon whose axis a Barrett meets Drake mindset is forged reveling in a slacker soothed psych pastoral oblivion much like an old school Bevis Frond. 'godisinthetv.com

"…exquisite melancholy song writing in the finest traditions…psychedelic, quintessentially English…vocals are attractively slurred and sleepy, the lyrics dreamlike and beautiful, and the melodies and arrangements… get right under your skin. Buy this now." ***** – James Delingpole, THE SUNDAY TELEGRAPH

"…I am finding it a difficult notion of why Jack Cheshire is not in the publics ears all over the world… Listening to this with the headphones on is an exquisite treat for your brains synapses." -www.middleboopmag.com

"…We are left with a genuinely impressive album, from a songwriter who sounds like he has enough imagination to make many more." -www.pennyblackmusic.co.uk

"…these aren’t just performances, they’re exorcisms. And, looking around the crowd, it’s easy to believe that they’ve finally found their place." – Cakespank

"It's only once in a while that as a lowly reviewer, you receive a record that could be of real significance. This is one of those rare finds." – God Is In The TV Zine.co.uk