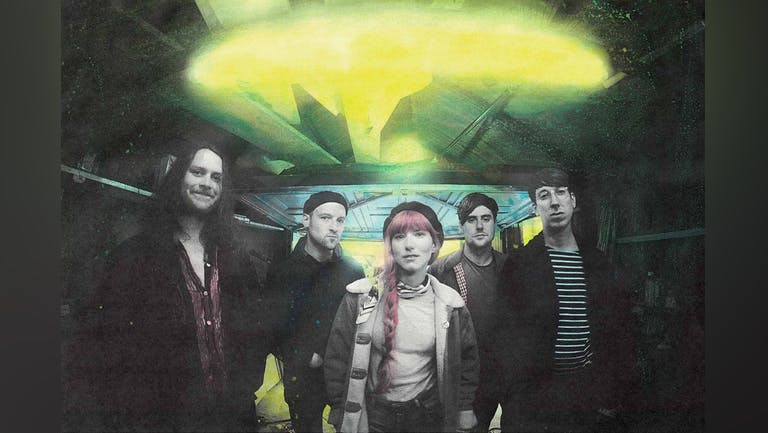 SOME KIND OF ILLNESS

It has been a whirlwind couple of years for London indie-pop quintet Night
Flowers, since these close friends from North England collided with Boston,
Massachusetts born vocalist Sophia Pettit and began forming their irresistible
brand of heart stirring, romantic pop. Creating a joyous combination of
intertwining female/male vocals backed by glistening guitars and dreamlike
atmospherics that has seen them amass friends, fans and accolades across
the world.

With several well loved singles, extensive UK and European dates and a
Japanese tour under their belts, last summer found them touring the UK with
The Pains of Being Pure At Heart and Japanese Breakfast , as well as a
main stage performances at End of The Road and Visions.
With a new album due April 2018 on Dirty Bingo Records , this looks set to
be Night Flowers’ most exciting year yet, as they hit the road in full support.

“a vital, present day jolt of electrics to escapist pop”

rare band that sounds like they want to do just that.”

up its melancholic mood.”

“Night Flowers’ gifts for harmony, and their rich, pastel sound seem primed to

make this kind of rainy-day pop. ” – The Line Of Best Fit

“Revisiting the dreamiest side of Creation Records’ shoegaze sound .”