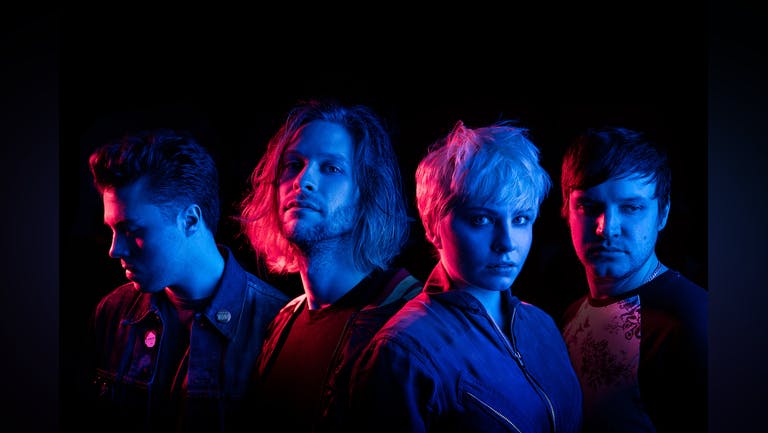 When Sydney Rae White, Cameron White and Rob Kendrick decided to form The Wild Things they had one goal – to enslave the human race and end life as we know it. When they realised how much effort that would be, they decided to use their shared love of hard rock and sweet harmonies to make a band instead.

“You don’t realise when you make a decision like enslaving the human race just how much admin is involved” says lead singer Sydney Rae White, an actress who has appeared on BBC’s award winning Uncle, Misfits & 2017’s blockbuster ‘American Assassin’. “I agree,” chimes in her brother Cameron White, “so for my part I decided to write songs.”

And write he did. In fact, there isn’t a facet of the work the band don’t actively control – writing, production, videos, artwork, band aesthetics… Musically, the band found their love of Phil Spector & the 60s live recording sound hit something special when they pushed their work such as ‘I Think You Can Do Better’ & ‘Loaded Gun’ into rock territory. “All hail The Wild Things, future rulers of Earth” chimed in lyricist and guitarist Rob Kendrick, also an actor to be seen in Sky1’s After Hours and BBC’s The Syndicate, and it’s hard to disagree with him. When asked to describe the band’s style, he calls it ‘A Lacto-ovarian chanting discourse that takes the veins of electo-reggae-opera and karate chops it into the heart of blues-rock-disco- baroque-more-blues.”