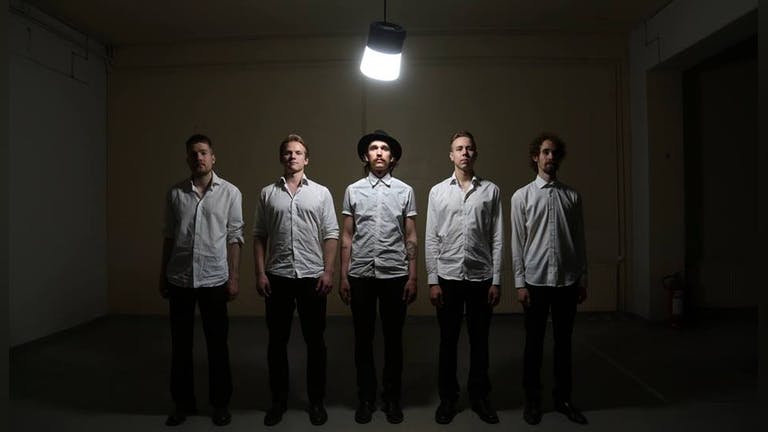 All the way from from Finland, Samoaja brings his hauntingly delicate melodies and style to UK shores, singing songs beyond everyday topics, songs that will leave a mark in people’s hearts. With his debut album ‘Landscapes’ released in November 2017, Samoaja will be captivating audiences with his transcendent songs.https://samoaja.com/https://open.spotify.com/artist/1vcOuDPHCPdqlPY0TBw4vB

Mike West is an alt country songwriter from Rock Ferry, England who has been travelling throughout 2017 with his unique style of country and blues folk with a rock edge. With his down to earth lyrics and driving rhythms, Mike sings about anything that crosses his path from Nuclear Weapons to his home town and with his engaging live performances, weaves a captivating story for his audience.

Liam McClair - Fresh from his headline UK tour that ended at The Isle Of Wight Festival, Liam McClair continues to progress onwards and upwards. His EP Honest hit number 7 in the iTunes Singer Songwriter chart upon release and each track received play from BBC Introducing in Manchester as well as the title track being played on BBC 6 Music and it was also played by Radio X's Jon Kennedy. His latest single Hunted was launched at a sold out Deaf Institute and a run of gigs around the UK allowed Liam to spread his music. Having recently played at Kendal Calling festival Liam is one to watch.

Sugar (Acoustic)- Sugar is a four piece Electronic Pop band based in Manchester in the UK. It began as a solo project and is developing every day, with an eclectic mix of tastes and styles and the main focus on making catchy and futuristic pop music.

Morgan Harper Jones - 21 year old singer-songwriter Morgan Harper-Jones has a beautiful and uniquely soulful voice. Inspired by the likes of Joni Mitchell, Laura Marling & Alice Phoebe Lou; her music has seen her performing in Manchester's The Deaf Institute, Dot to Dot, Head for the Hills and touring Germany.

Charming and charismatic, she's an effortless performer providing wit and insight way beyond her years.