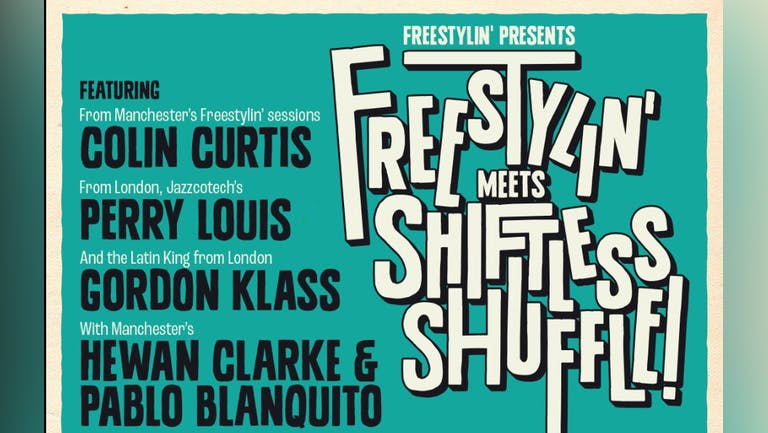 Thrilled to announce Jazz Dance Fusion Latin and Boogie finally arrives in Manchester all under one roof!!

Manchester's Freestylin' meets London's Shiftless Shuffle! Expect the unexpected on the Dance Floor with lots of energy and super jazzy grooves to get the party moving!

Colin Curtis has played for over 50 years in Manchester Nottingham London Derby Preston, you name it, he's played there! So to have him play in Manchester again is a real treat for everyone.

We had the best time at the last Shiftless Shuffle in London with the Jazzcotech crew, so great we can reciprocate by bringing them up to Manchester! Perry Louis does the honours behind the decks!

Gordon Klass is amazing and will get you out of your seat for sure with his funky latin grooves! Gordon is definitely a Klass act!

Alongside these fabulous DJ's, from Manchester we have the wonderful Hewan Clarke and Pablo Blanquito. Expect the unexpected from them all!!