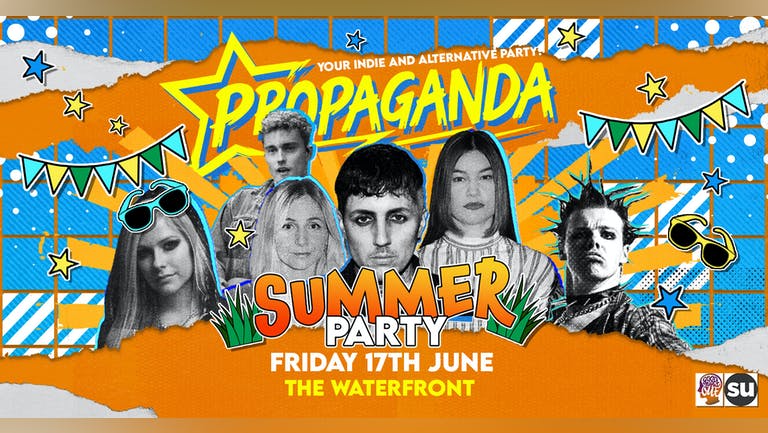 Propaganda is the UK’s biggest indie/alternative night! With huge numbers attending around the world each week.

Summer is finally here! Come party with Propaganda and enjoy the riverside garden at The Waterfront as the sun goes down and they host a night of summery alt bangers and beach party vibes!

Expect an unrivalled audio-visual mix with our resident DJs playing everything from: