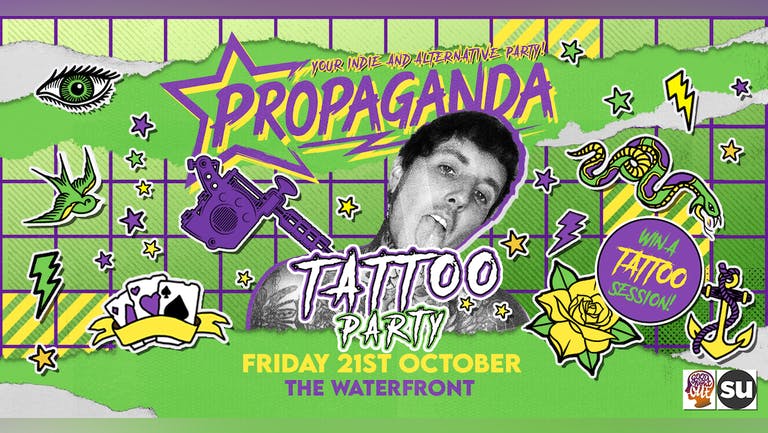 Propaganda is the UK’s biggest indie/alternative night! With huge numbers attending around the world each week.

This week we're getting a little crazy and holding a competition to WIN a tattoo session.

As well as your weekly dose of alternative, pop punk, emo, and indie music, grab an advance ticket now to be entered into the drawer to win a tattoo session on us.

Expect an unrivalled audio-visual mix with our resident DJs playing everything from: