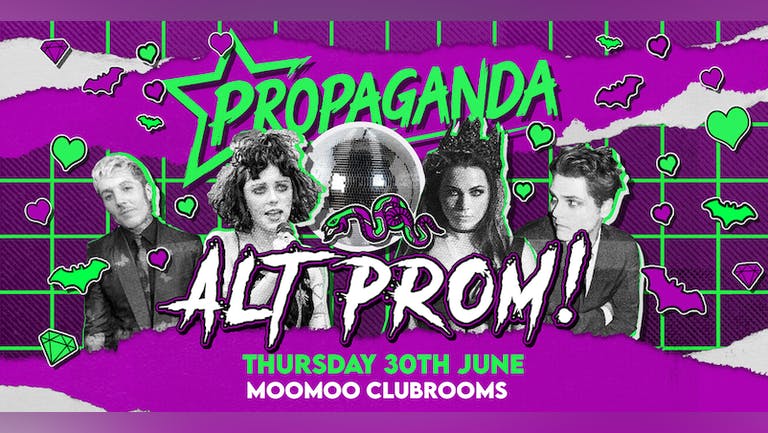 Propaganda welcomes you to the Prom you always wish you had - Alt Prom! Get dressed up but make it alt/indie/goth/emo, and dance the night away to your favourite indie, alternative and pop punk bangers. Plus your favourite blend of pop, hip-hop and party tunes over in Room 2!