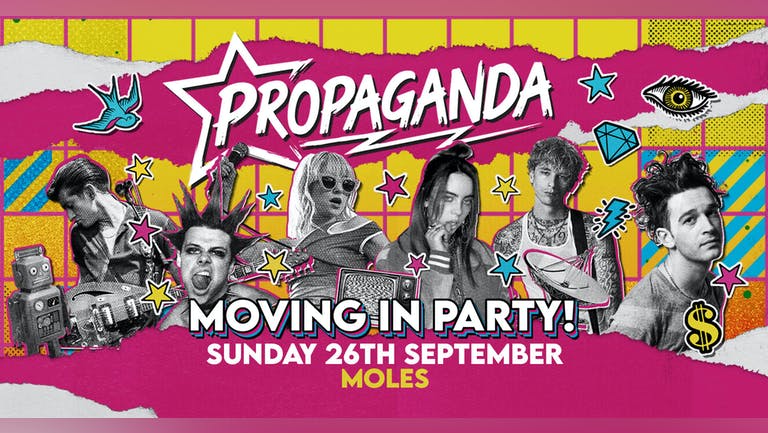 A Sunday special Propaganda at Moles to celebrate Freshers moving in!

Propaganda Bath is every Friday at Moles (other than this Sunday on-off Party!)