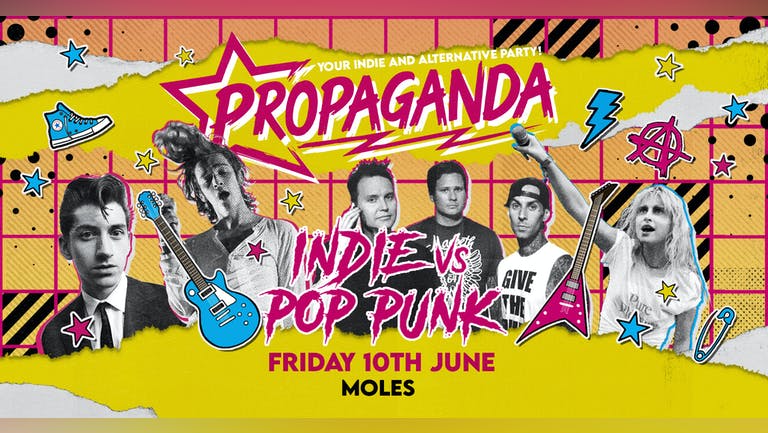 Indie VS Pop-Punk! 1975 VS Paramore, The Killers VS Fall Out Boy, join Propaganda as these giants go head-to-head at their HUGE party! If you've got a Crush Crush Crush or fancy yourself a bit of a Fluorescent Adolescent then grab yourself an advance ticket and see you on the dancefloor!