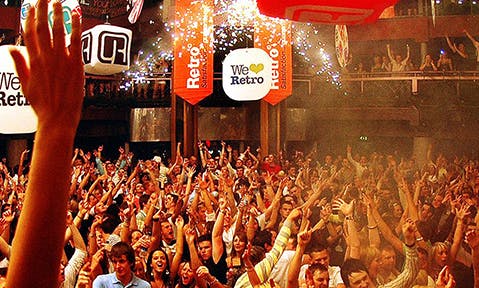 A professional DJ since the 70’s, Paul has become an international club legend with his RETRO HOUSE nights.

Since those early days in the UK, Paul has built up a reputation as the DJ who is passionate about his music - knowing exactly what the people want and creating a dance floor like no other.

His philosophy to keep close to his audience has been an unequivocal success. Involved in the creation of Loveland in the early 90’s achieving four top thirty hits in the nationals and dance music record of the year in 1994 with the seminal "Let the music lift you up". Loveland also remixed and reproduced over 60 tracks for other artists from D Ream, Barbara Tucker, D Mob to Lulu.

Rox & Taylor received huge critical acclaim for the remix of Red Hot Chilli peppers ‘ Otherside’. Having released numerous Retro compilation albums, his residency in Pacha Ibiza sparked the release of the Pacha Classics album; a huge success on a worldwide scale and the biggest selling album in Ibiza.

Much has been written about this enigma of a man who developed from a teen DJ on the decks in Burnley to an internationally recognised icon.